Browns News: The Biggest Games On The Browns' 2014 Schedule 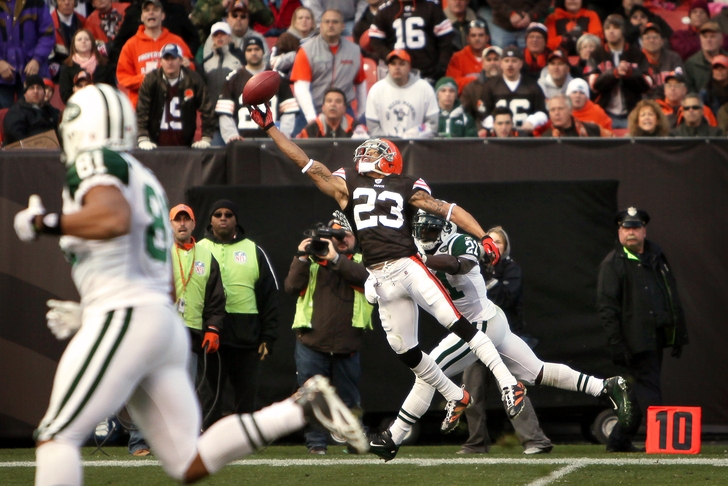 For all the latest Browns news and schedule analysis, be sure to follow our Browns team page.

The NFL schedule for next season has just been released, so here are the three biggest match-ups for the Cleveland Browns heading into their 2014 schedule:

Drew Brees and the Saints come in to the Dawg Pound for a game with epic upset potential for the Browns.

Brees will make make mistakes, so it will be up to the Browns' defense to capitalize on those in order to keep the Saints from running up the scoreboard like a pinball machine. If the Browns can keep this game in the 21-20 range, they could be the talk of the country the day after.

Bengals/Browns in the battle of Ohio. If the Cleveland Browns want to assert themselves as a force to be reckoned with, a good place to start would be beating their intrastate rivals in their home digs.

If the Browns defense can consistently pressure Bengals QB Andy Dalton into mistakes, the Cleveland Browns may have a legitimate chance to shock their doubters both in this game and during the entire 2014 season.

Whoever happens to be quarterback for the Cleveland Browns will have a lot to live up to in this game. With Cam Newton on the opposing side, this could end up being a springboard game for whoever is tabbed as the Browns' signal caller going forward.

The last regular-season contest between these two teams was in November of 2010, with the Browns squeaking out a 24-23 home victory -- aided by three Peyton Hillis touchdown runs.