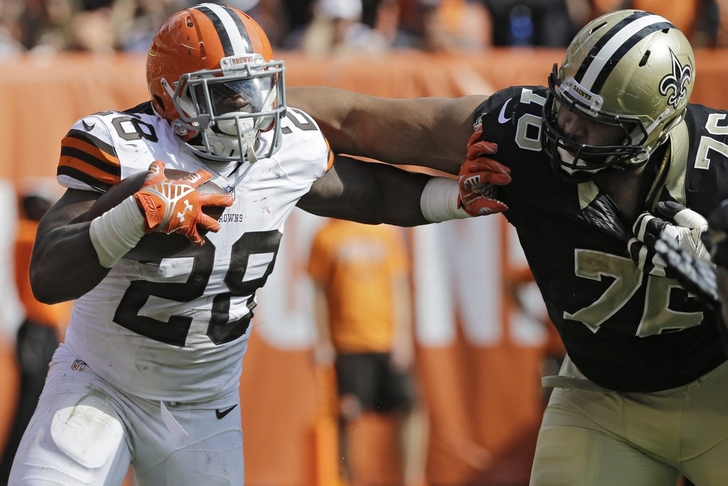 The Cleveland Browns' three-pronged running back corps of Ben Tate, Terrance West, and Isaiah Crowell isn't likely to produce a clear-cut #1 option by the time the 2014 NFL season comes to a close.

The three combined for a staggering 52 carries (for 170 yards) in the Browns' Thursday night victory over the Cincinnati Bengals. West picked up half of those touches, rushing it 26 times for 94 yards a touchdown.

However, per Jeremy Fowler of ESPN.com, "with that many carries to go around, a three-running-back system looks awfully nifty and convenient. But the way this season has transpired -- more pointedly, the unpredictability of the backfield lineup -- promises a padlock of combination possibilities...any of those three could get 20 carries or two carries each week, and it wouldn't shock."

So, when it comes to slotting one of these three backs into your fantasy football lineup, it might very well be a crapshoot all season long. West may have dominated the carry load on Thursday, but don't be surprised if that ratio gets turned on its head next Sunday against the Houston Texans.