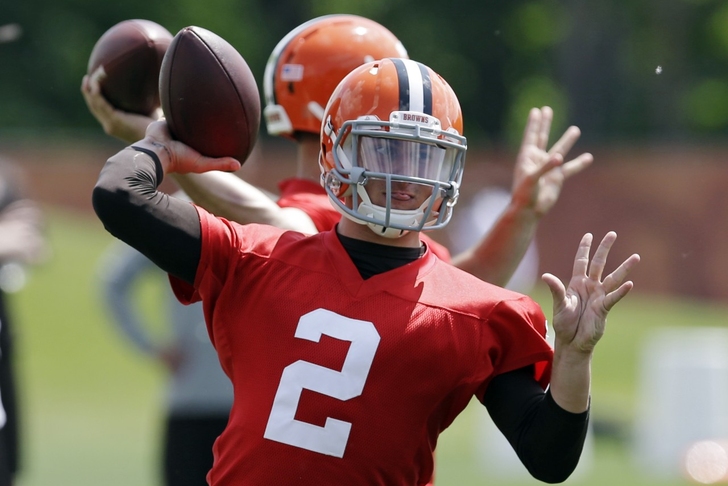 In today's Browns news and rumors update, the Pittsburgh Steelers aren't buying the notion that Cleveland Browns backup quarterback Johnny Manziel will be riding the pine during Sunday's season-opening clash.

According to Josh Alper of NBC's Pro Football Talk, Steelers defensive coordinator Dick LeBeau is prepping himself (and his team) for a healthy dose of Johnny Cleveland.

'“I’ll be very surprised if we don’t see him,” LeBeau said, via USA Today. “He was one of the top football players in the nation. You look at his offensive numbers. It’s not a magic wand he waves out there. He’s creating situations, making plays. They’re going to want to bring him along and give him game action. I’m sure of that.”'

LeBeau effused more praise in regards to Manziel's game-changing ability, stating that if you give him a hole "he's gone." The veteran DC has been stressing the importance of lane discipline to the Steelers defense, expecting that the Browns won't be sporting a 'traditional' offense with Brian Hoyer at the helm.