Browns News: Mike Holmgren says he "should have coached the team" 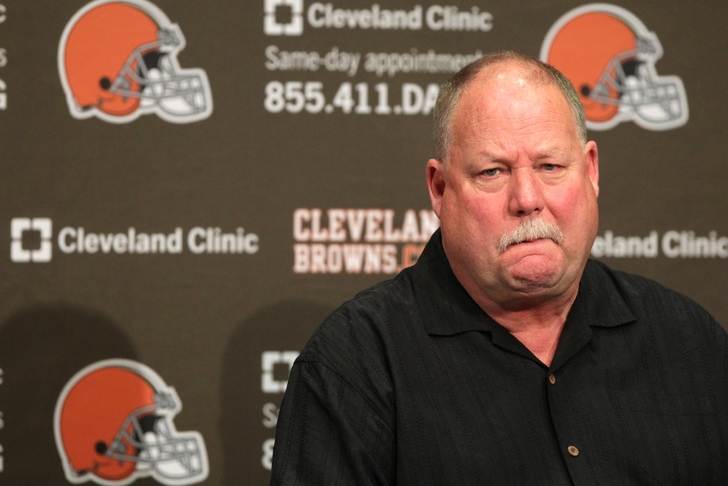 In Browns news today, as the Cleveland Cavs enter their offseason assessment period,  focus shifts to the Browns as former president Mike Holmgren has come out and made some bold statements about what should have happened during his tenure in Cleveland.

Per Michael David Smith of Pro Football Talk, Peter King of TheMMQB.com spoke with Holmgren who stated that he "really just should have coached the team, but he [owner Randy Lerner] didn’t want me to.”

From Smith's perspective, "in Cleveland, Holmgren oversaw a front office that made many mistakes, including retaining head coach Eric Mangini when it was clearly time to move on, hiring Pat Shurmur after firing Mangini a year too late, and using first-round draft picks on Trent Richardson and Brandon Weeden."

Holmgren had a far superior track record as a head coach, yet came out and stated during his time with the Browns that he was done with coaching. With the new wrinkle of Randy Lerner disallowing Holmgren to take over on the sidelines, it is hard to tell which story holds true.

In the end, Cleveland Browns fans and the team itself are left to wonder what things would have been like with Holmgren wearing a headset rather than handling just the administrative side of things.