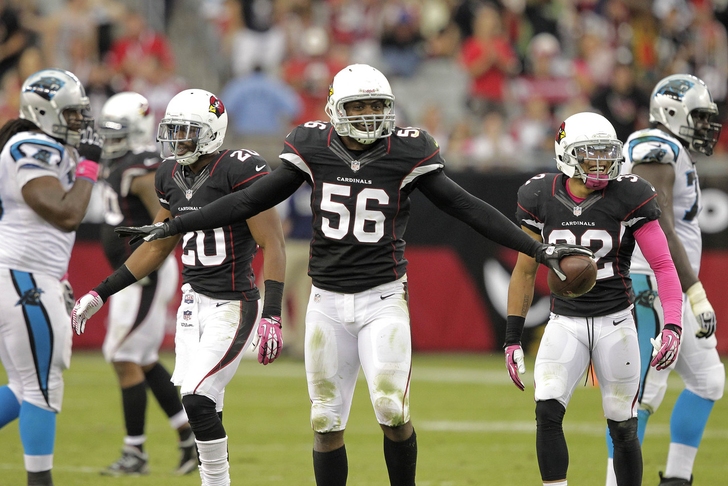 For all the latest in Browns news, along with coverage of your hometown Cleveland Cavs and Cleveland Indians, download our new Chat Sports iPhone app today.

When the Cleveland Browns signed Karlos Dansby in free agency, they found an inside linebacker more suited to the 3-4 defense than the recently-departed D'Qwell Jackson.

However, as Terry Pluto of the Cleveland Plain-Dealer points out, "you need at least TWO inside linebackers. The Browns have Dansby, and they have…Well, Craig Robertson."

Pluto argues that Robertson was effective in the 4-3, but left major gaps in the defensive scheme when forced to play inside in the 3-4. Therefore, Robertson may not be the answer to line up alongside Dansby.

If that's the case, who is?

"Somewhere in this draft are a few guys who can help a 3-4 team. But other than [Alabama's CJ] Mosley, none stand out. It will be up to the Browns' scouts to find one, because the need is major."

The free agent market and this year's draft class are both relatively thin on effective 3-4 inside linebackers, so the Browns will perhaps need to put all of their resources together to find a gem in the rough that is the 2014 NFL Draft class.