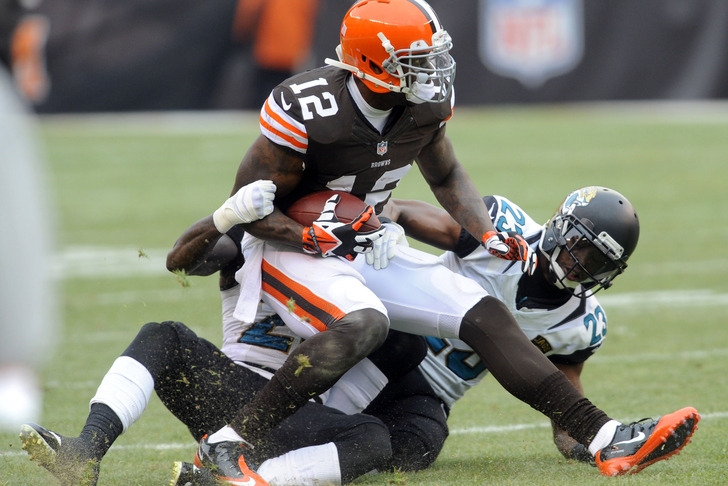 In this Browns news and rumors update, Cleveland Browns wide receiver Josh Gordon and the team itself will have been waiting 18 days for a ruling on his appeal of his potential year-long drug suspension, provided the NFL doesn't announce one late in the work day on Friday.

According to the NFL's substance-abuse policy, a decision from the particular hearing officer in charge of a ruling must me made in a "reasonable" time frame - however, "reasonable" is neither defined nor elaborated upon.

To put this into perspective, any ruling on a PED-related case must be completed and announced within five days of the conclusion of an appeal hearing.

According to Mike Florio of NBC's Pro Football Talk, "setting aside for now the failure of the NFL or the NFLPA to demand a specific deadline, the use of five days under one policy could become relevant in determining whether 18 days is “reasonable.”  Which could give Gordon something/anything on which to mount a legal challenge, if/when a decision finally is made."

If a decision doesn't come in the final hours of the business day or over the weekend, it will have been a full three weeks since Gordon's appeal when Monday morning rolls around. This could prove problematic as the young wide receiver's ban is for a full 365 days - a suspension that will not be held as retroactive to his appeal date, but instead will start as soon as a ruling is reached.

Unless the suspension is in the process of being reduced...