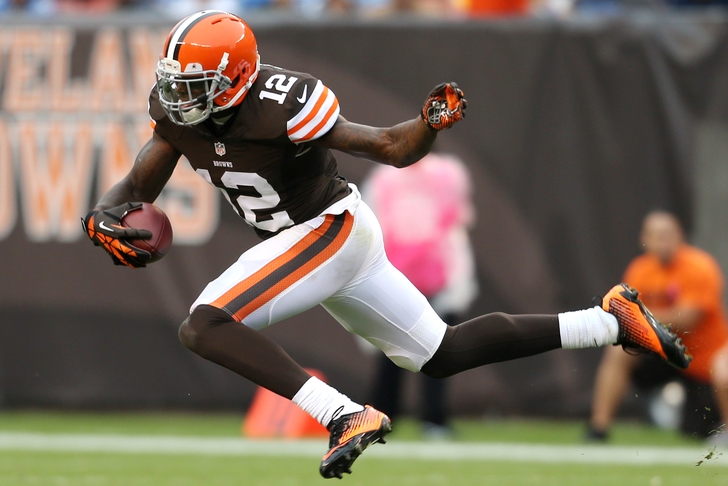 For all the negative publicity that surrounded Cleveland Browns wide receiver Josh Gordon during his tumultuous offseason, the dynamic wideout remained confident in his bond with his fellow Browns teammates.

Gordon picked eight catches for 120 yards on 17 targets, accounting for 42.5 percent of Brian Hoyer's pass attempts on Sunday. Just the sheer threat of Gordon as a deep-ball aficionado opened up the rest of the team's offensive attack, especially for running back Isaiah Crowell.

He opened a lot of stuff in the run game by going deep on some passes,” said Crowell, who finished with 88 yards and two touchdowns on 12 carries. “He really helped me a lot.”

All in all, it was a great day to be Josh Gordon.

“It means the world to me to be back -- not just to be back but to be back with this team,” Gordon said. “I’m going to take advantage of every opportunity I get.”