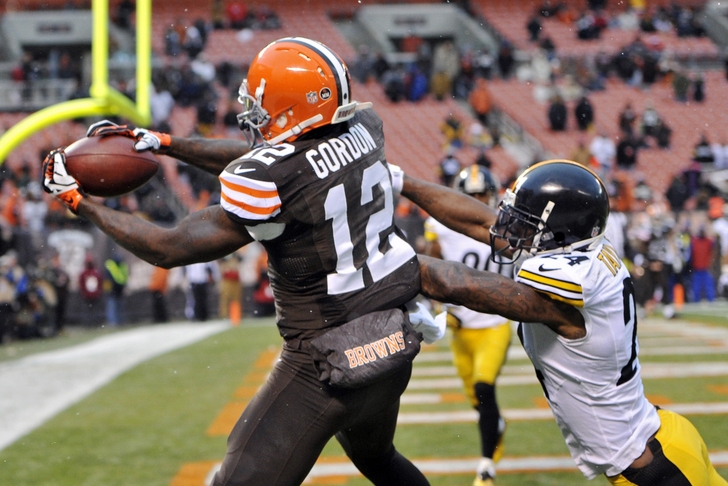 In this Browns news and rumors update, Cleveland Browns wide receiver Josh Gordon's status under the NFL's impending new drug policy is still up in the air at this very moment.

However, multiple sources cited by Florio say that there is no definite timetable for Gordon's return, despite the fact that the dynamic wideout would have had a chance to escape suspension completely if the new drug policy had been in place this offseason.

Per Florio, "on the surface, the new rules suggest Gordon shouldn’t be suspended at all.  He tested at 16 ng/ml, one over the old limit of 15 ng/ml.  With the limit increasing to 35 ng/ml, Gordon in theory should have his ban released completely."

However, Gordon will have a new problem to contend with under the revamped substance-abuse policy. Penalities have been increased for a first-offense DUI, which is now punishable by a two-game suspension.

Another complication is that the positive triggering occurred on March 5, six days before the official start of the league year.

At this juncture, it is unclear as to whether or not the #FreeJoshGordon movement will see victory - especially with the host of complications surrounding Gordon's particular case.