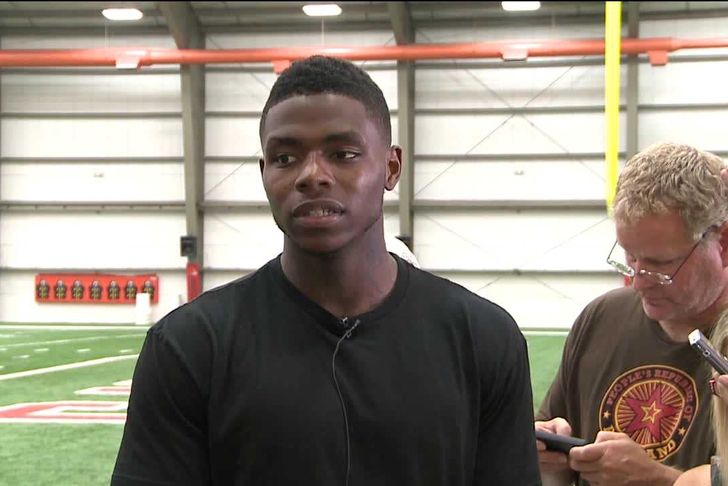 Cleveland Browns WR Josh Gordon will miss the 2015 NFL season, the result of his third failed drug test in as many years. Gordon had already tested positive for marijuana twice, and his latest failed test - for alcohol - resulted in a one-year ban.

Gordon has been the subject of all kinds of media attention since the news broke, with talking heads and sportswriters taking him to task for a lack of maturity and responsibility. Some, like Charles Barkley and Stephen A. Smith, were harsh and extreme in their condemnations.

In a self-authored open letter on Medium.com, Gordon fired back:

Dear Sir Charles, Stephen A., Cris and other interested parties,

Thank you for your recent outpouring of concern about my well being. In what has been a difficult time for my family, friends and fans, you — and those like you — have taken it upon yourselves to express just how much you care about me and my future. For that, I am truly appreciative.

The thing is, though, you don’t even know me.

Chuck, you have never so much as shook my hand, let alone exchanged a single word with me. Few of you have, to be honest. Respectfully, your worry over my “problems” with substance abuse and my twisting descent into darkness and, apparently, my impending death, is misplaced — mostly because you have very little idea what you are talking about. None of you do, even those of you who seem curiously obsessed with the goings-on in my life:

You’re done with me, Stephen A.? That presumes we ever actually got started. How, exactly, can you be “done” with someone you have never had a meaningful conversation with beyond a quick First Take spot? Regardless, I am relieved that you no longer need to harbor sympathy for me — mostly because I never asked for it, never wanted it, and certainly never needed it. I am not a victim here; I never claimed to be one, either.

And Cris, your level of interest in my life is even more puzzling, especially considering we have never met, either.

You can read the complete letter here.