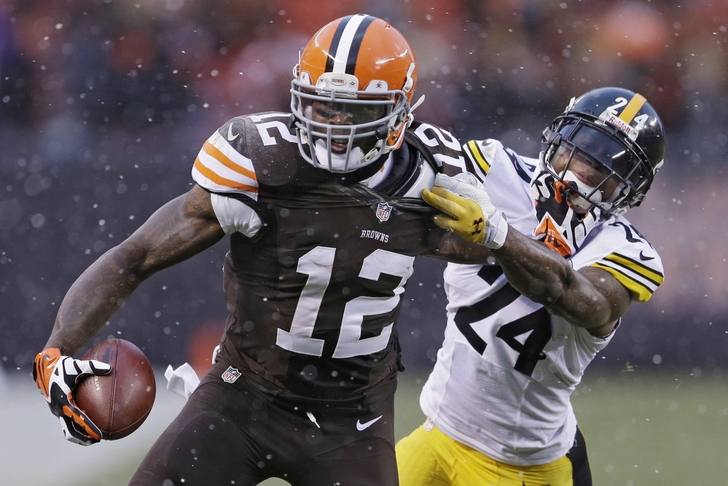 In this Browns news and rumors update, Cleveland Browns wide receiver Josh Gordon will be able to leave the car lot behind later this season thanks to a reduction of his former year-long drug suspension.

As a part of the league's new substance abuse policy, Gordon's ban for a positive test that wouldn't have triggered a suspension under the current guidelines has been reduced to 10 games - making the dynamic wideout a very happy man.

“I’m happy that the NFLPA and NFL worked hard to agree on a new Substances of Abuse policy,” Gordon said in a statement released by the union, via Darin Gantt of NBC's Pro Football Talkn. “I’m very thankful to my union for fighting for a significant reduction in my suspension. I’m glad I can go to the facility during my suspension. I look forward to going to meetings, working out individually, and learning from my coaches and teammates. I cant wait until game 11 to get back on the field!”

With the structure of being able to work out at the Browns' facility in place for him, things are looking up for Gordon as he battles his way back from this personal setback.