Browns News: Jordan Cameron Concussion Update, Out For The Rest Of The Year? 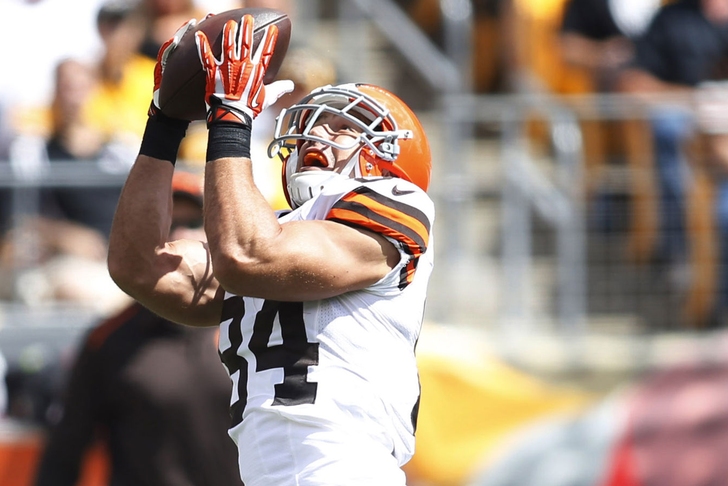 The Cleveland Browns have plenty of momentum behind them sitting at 6-3 and atop the AFC North heading into Week 11's home game against the Houston Texans.

However, one problem that could rear its head as November segues into December is related to tight end Jordan Cameron's injury status.

Cameron suffered a concussion during Week 8's victory over the Oakland Raiders and still hasn't been cleared for action by NFL concussion protocols. This is Cameron's third known concussion since 2012, so doctors will have to be extra careful before sending him back into action.

Keeping that all in mind, NBC Football Talk's Mike Florio believes that we may have seen the last of Cameron during the 2014 NFL season.

"Possibly, not at all this year," Florio wrote in response to Cameron's potential return date. "Which would be a huge problem for the Browns — and for Cameron.  As he approaches free agency, an extended absence due to a head injury will do little to pry a significant amount of guaranteed money from a new team."

This is all speculation at this point, given that things can change with concussion on a daily basis. However, all signs are pointing to at least an extended absence for the Cleveland Browns tight end.