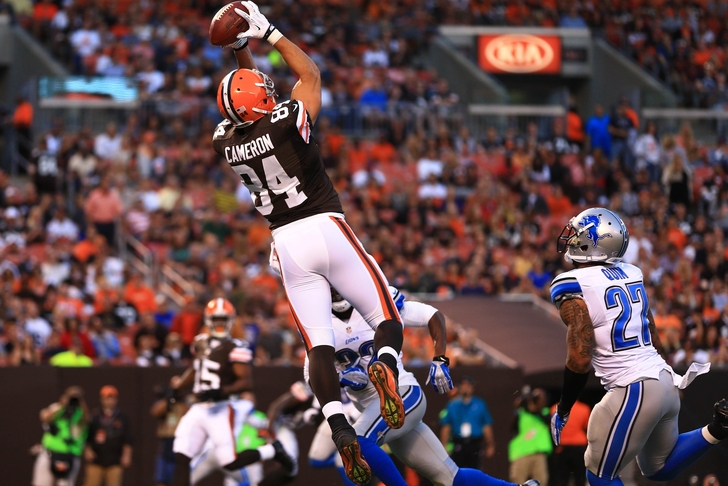 Were the Cleveland Browns to have practiced on Monday, they would have been without both tight end Jordan Cameron and wide receiver Andrew Hawkins on the field.

Per Mike Wilkening of NBC's Pro Football Talk, "tight end Jordan Cameron (concussion) and wide receiver Andrew Hawkins (thigh, knee) were listed as non-participants on Monday, according to the team’s first injury report in advance of Thursday’s game at Cincinnati. However, the Browns did not practice one day after defeating the Buccaneers on Sunday, leaving the injury report an approximation, per NFL rules."

Cameron hasn't practiced or played since he suffered a concussion against Oakland back in Week 8.

Hawkins, on the other hand, played 31 of the team's 67 snaps on Sunday against the Tampa Bay Buccaneers, catching three passes for 34 yards.

Both players' official statuses for Thursday Night Football against the Cincinnati Bengals will be the subject of both scrutiny and speculation as the short week continues.