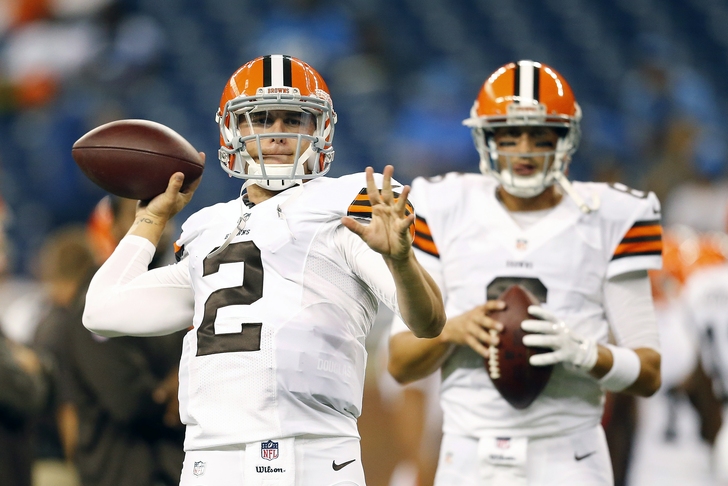 In this Browns news update, Johnny Manziel was one of the first people to pat starting quarterback Brian Hoyer on the back after his game-winning field goal drive led the Cleveland Browns to victory over the New Orleans Saints in Week 2.

"I'm f----ng proud of him!'' Manziel said on Friday in front of numerous members of the media, via Mary Kay Cabot of the Northeast Ohio Media Group. "I don't know if I can say that. (But) it's great. I was extremely happy for our offense to come through in a clutch situation, extremely happy for our team to come out with the win and for Brian to play extremely well on that last drive.''

Manziel was one of the loudest members of the offense's cheering section on Sunday as Hoyer drove the team 85 yards to set up a 29-yard Billy Cundiff chip shot for the win.

Watching Hoyer overcome a sack, two third downs, and a fourth down to put the Browns in prime position had a lasting effect on Manziel.

"No doubt (I learned a lot),'' Manziel said. "It was a great job by Brian keeping his poise when it looked really dark right there for a time. Being Brian's teammate, that was incredible for us, the offense to make a big fourth down throw like that and then the last throw to Hawk, to have enough air for him to do whatever Hawk was doing on the route. ...That's what it's all about.''