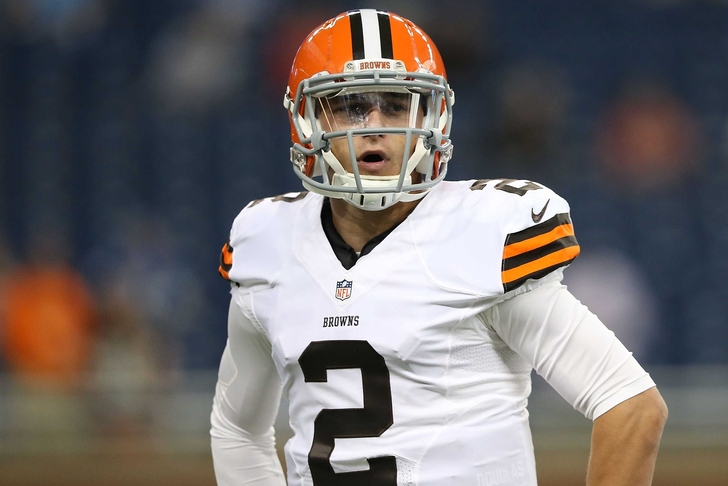 In this Browns news and rumors update, Johnny Manziel has filed for yet another trademark in a long line of them, looking to capitalize on his brand at its very hottest point.

Per Michael David Smith of NBC's Pro Football Talk, "Manziel has filed for a trademark to the term “Johnny Cleveland,” according to ESPN. That makes 10 trademarks that Manziel’s company, JMan2 Enterprises LLC, has filed with the U.S. Patent & Trademark Office."

Manziel's other trademarks include the ubiquitous "Johnny Football" moniker, along with "JFF," "ManzIIiel," and "The House That Johnny Built," the last one serving as a reference to the renovated stadium of the Texas A&M Aggies.

At this juncture, all of the fanfare surrounding Cleveland's current backup quarterback hasn't fazed the Browns organization from a public standpoint. As long as "Johnny Cleveland" performs at a high level when he is finally called upon to take the reins of the team, that will likely stay the case.