Browns News: Jimmy Haslam Says Cleveland Must Get A QB In 2015 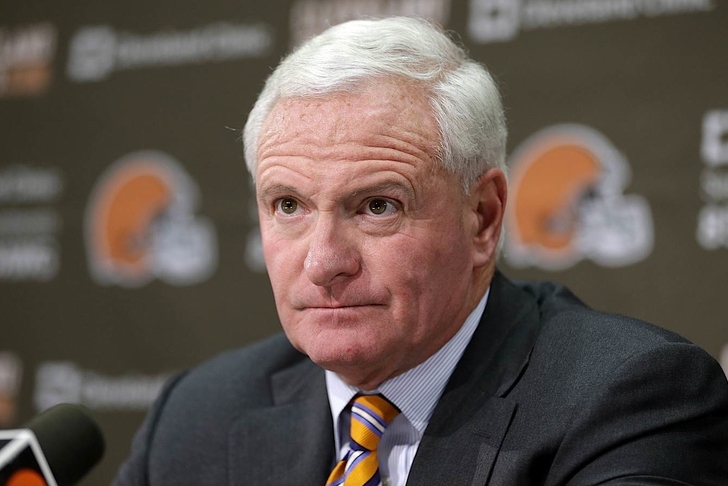 Cleveland Browns owner Jimmy Haslam was one of the first on the Johnny Manziel bandwagon before the 2014 NFL Draft, but he's no longer unwaveringly backing Manziel after a rough first year in Northeast Ohio.

In fact, he says the time is now for the Browns to find another quarterback to add to the mix.

"We've got to get a quarterback and got to get it fixed," Haslam said Thursday night, via the Elyria Chronicle-Telegram and NFL.com. "What I would say to our fans is, we're going to continue to work really hard to find that quarterback who can make us a championship team."

Haslam won't rule Manziel out as the starter in 2015, nor will he write off free agent Brian Hoyer or Week 17 starter Connor Shaw.

"Johnny has to show on and off the field he can be a professional," Haslam said of Manziel. "He knows that. Everybody in the organization has told him that. It'll be up to Flip and (coach Mike Pettine) to decide whether he can be the kind of quarterback we need him to be. He knows what we expect of him on and off the field, and it's up to him to prove he can do that."