Browns News: How RB Isaiah Crowell Ended Up In Cleveland 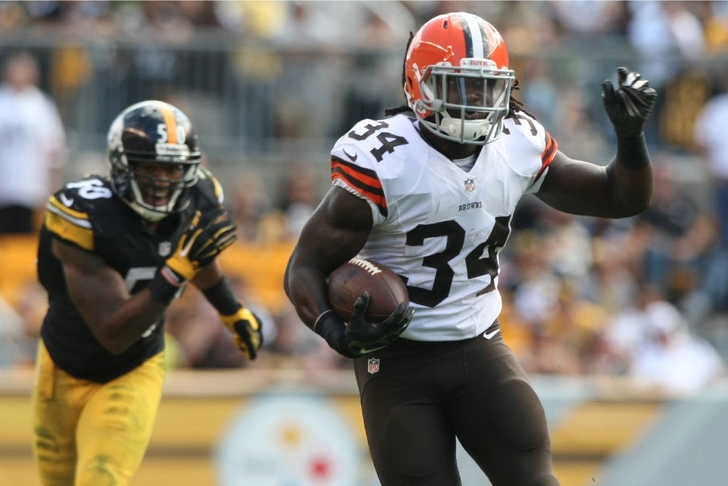 After a college career marred by weapons charges (despite those charges being dropped) led to his dismissal from the University of Georgia's football team, Cleveland Browns running back Isaiah Crowell went undrafted despite the wealth of talent he undoubtedly possesses.

"I was really upset," he said, via Tom Reed of Cleveland.com. "I was taken aback by it because I felt I was better than a lot of the running backs that did get drafted."

The then-prospect out of small Alabama State University was disheartened, but was in for a boost just five minutes after the end of the final round when Cleveland Browns GM Ray Farmer called him on his cell phone.

That personal gesture made all the difference in the world to Crowell, whose agent fielded calls from around 20 NFL teams about acquiring his services.

"Ray was the only one who reached out to me personally and I appreciated that," Crowell said.

Crowell would choose the Browns out of a list of four finalists, and the rest is history. The running back who Farmer has likened to Fred Taylor in past interviews has helped the Browns to posting the 10th-best rushing attack in the league.

Even with starter Ben Tate scheduled to return soon from a knee injury, don't be surprised if a motivated Crowell still gets his touches as 2014 progresses.