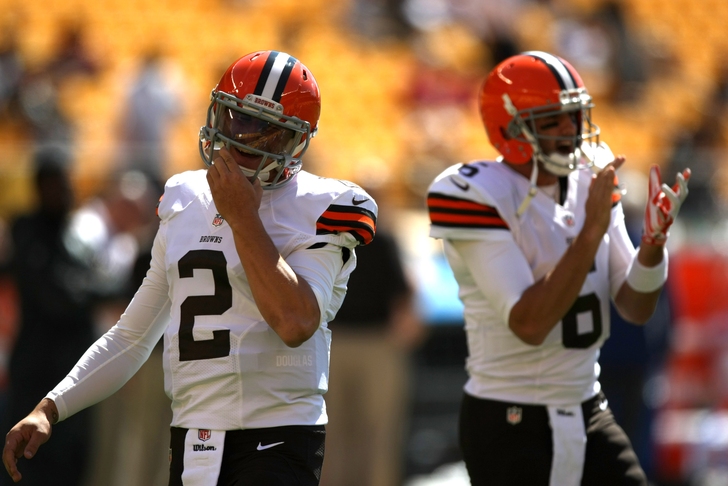 While NFL pundits speculate over the relationship between Cleveland Browns starting quarterback Brian Hoyer and ever-present backup quarterback Johnny Manziel, Manziel himself says there is no controversy to report between the two.

Per Manziel, even a recent Bleacher Report report that Hoyer would have no interest re-signing with the Browns if Johnny Football was around hasn't dented their working partnership.

“Brian didn’t even really need to come up to me because obviously he dismissed that and then between me and him and our room, I don’t think we ever even thought that had even the slightest piece of legitimacy behind it,” Manziel said, via Jeff Schudel of The Morning Journal and News-Herald. “So between me and him, everything’s been fine.”

“I think all of that stuff will really play itself out, but it’s not something that’s really been on my mind,” said Manziel. “I think it’s hard to sit here right now and kind of guess how things are going to play in the future. but every quarterback that’s come into the league has had a different circumstance."

"I think it’s all about how you handle it when you’re not on the field and continuing to try and better yourself even when it’s really hard.”