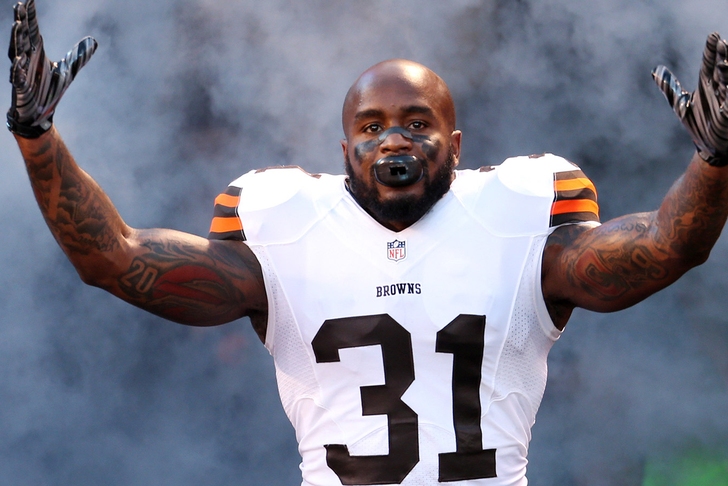 The Cleveland Browns put a hurting on the Cincinnati Bengals on Thursday Night Football, riding a suffocating defense and a productive running game to a 24-3 victory in the Battle of Ohio.

However, somehow and someway Bengals running back Jeremy Hill felt like the time was right to talk a bit of trash after his team's loss, claiming that Cleveland was "worse than I thought" after his team had taken a 21-point beating on national television.

Browns safety Donte Whitner was not impressed with the first-year player's bluster.

“You know, that’s a rookie, so you can’t really take his words as anything other than pure ignorance and being a sore loser,” Whitner said on Friday, via Mary Kay Cabot of the Cleveland Plain Dealer and NBC's Pro Football Talk.  “Other than that, anytime you lose a football game, the first thing that the coaching staff tells you, even if you don’t feel that way is to give the other team credit and not say the ignorant comment that he made."

“So I’m just going to take it as ignorance and you know — we will see them again,” Whitner added.

The two rivals will renew acquaintances on December 14th, giving the Cleveland Browns a chance to respond to Hill's words with actions in front of their home faithful at the Dawg Pound.