Browns News: Coach Mike Pettine Has His Team Practicing In The Cold 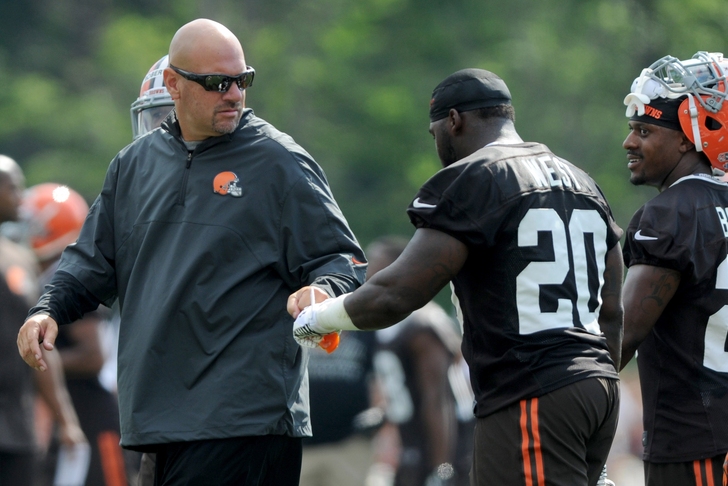 Another signal that the Cleveland Browns are embarking on a new era with head coach Mike Pettine at the helm is the fact that Pettine is breaking from recent tradition by having his team practice out in the cold.

"I've told the players a couple weeks ago -- I guess when we were getting ready to play Tampa -- that the weather is not changing here in Cleveland," Pettine said wryly, via Pat McManamon of ESPN.com. "The franchise isn't moving and global warming is a myth."

All jokes (and politicized musings) aside, Pettine had his team outside for three of the team's practices this week, only deciding to go indoors on Friday due to snow on the ground.

"Being a northeast guy, this is business as usual," Pettine said. "Especially coming from Buffalo [in 2013], this is nothing."

Pettine likes holding practices outside because it helps to acclimate players to changing conditions. However, he is still careful when it comes to making sure his team is protected.

"From a cold standpoint, I think you can always protect yourself," he said. "But I think if the field freezes and it's just too slick out there for guys to have footing and it's unsafe -- that's when that would push us inside."