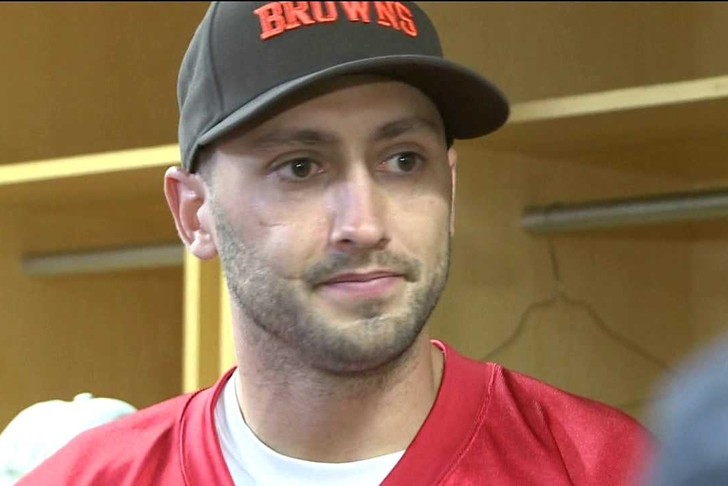 Cleveland Browns players aren't inserting themselves in the Brian Hoyer - Johnny Manziel quarterback controversy, despite the team's offensive struggles playing a pivotal role in the team's heartbreaking 25-24 home loss to the Indianapolis Colts on Sunday.

According to Jeremy Fowler of ESPN.com, "players aren't calling for Johnny Manziel from the bullpen. The Browns' defense outscored the offense 14-10 but players didn't find ways to rip the offense. The Browns have won seven games in part because they have a cohesive locker room. Asked if he expects Brian Hoyer to be benched after another rough performance, tight end Jordan Cameron said flatly, "No."'

Mike Pettine wasn't so quick to make a decision between Hoyer and Manziel after the game, once again declining to fully back one or the other in the aftermath of Sunday's loss.

While calls for the start of the Johnny Cleveland era of Browns football get louder and louder from the fan base, the players remain publicly neutral despite the noise.