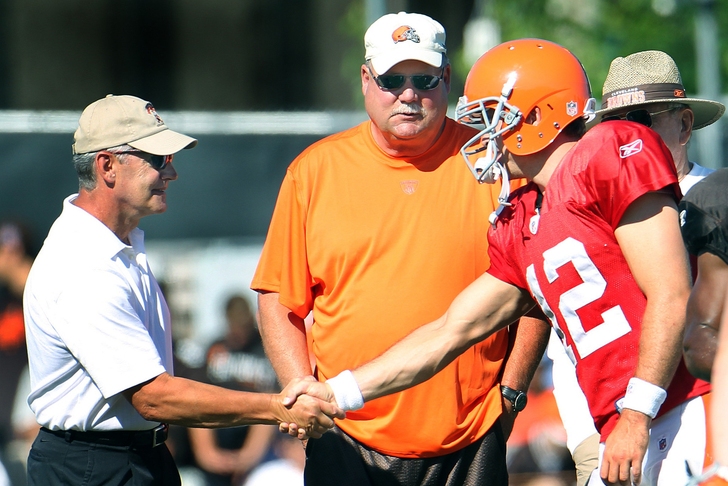 The Cleveland Browns weren't thrilled about the prospect of having HBO's cameras follow them for the duration of the offseason. Now it appears they won't have to worry about it.

According to Tony Grossi of ESPNCleveland.com, the Browns request to not be on the HBO training camp documentary has been granted. He mentions that Washington, along with the Bills and the Texans, are the likeliest subjects this year.

John McClain of the Houston Chronicle has confirmed that the Texans are one of three finalists, and a decision could come as soon as next week.

With Johnny Manziel easing his way back into football activities after a stint in rehab, Browns officials likely feel that the circus surrounding the popular documentary series would be detrimental to Manziel and the team as a whole.

It appears the folks over at HBO have listened and acted accordingly.