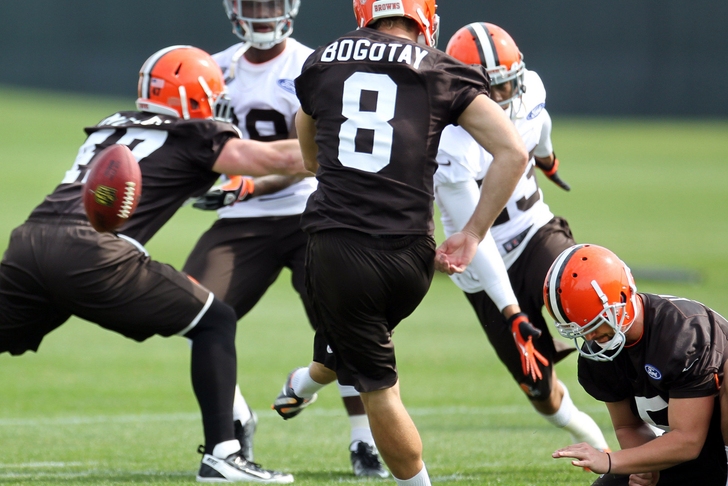 In Browns news today, the Cleveland Browns have waived kicker Brandon Bogotay, leaving Billy Cundiff without competition on the roster for the time being.

The 25-year-old kicker out of Georgia was available for the Cleveland Browns as an emergency option in 2013, but did not see a single game with the franchise.

This leaves Billy Cundiff, who went 21-for-26 for the Browns in 2013, along with being perfect on extra-point attempts for the eighth-straight season.

Cundiff is 160-for-210 in his career, but is not known as a long-range field goal specialist. Cundiff went 2-for-4 on field goal attempts over 50 yards in 2013 -- a sharp percentage increase from his 7-for-27 mark for his entire career.

Your Browns news whenever and wherever you want it. Download our new Chat Sports iPhone app and follow our Browns team page today. While you're at it, follow your hometown Cleveland Cavs as well.