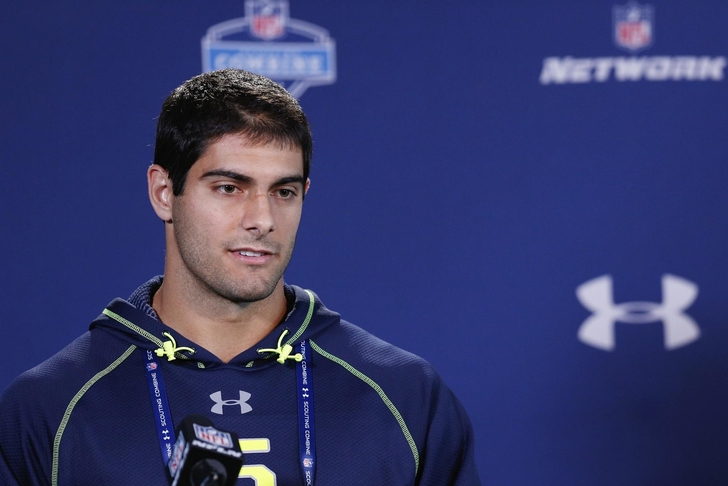 For the latest in Browns news, along with the Cleveland Cavs and the rest of Cleveland sports, be sure to download our new Chat Sports iPhone app.

The Cleveland Browns are continuing their search for their next franchise quarterback in earnest, meeting with two more potential draft picks on Friday.

The Cleveland Browns have worked Garoppolo out previously, and are said to be quite high on the projected second round pick -- perhaps using their 26th overall pick "to secure Garoppolo (or another quarterback if they select a player from a different position at No. 4) if he’s the man they want."

Shaw has been off the radar compared to most top-tier quarterbacks in May's NFL Draft, but has been visiting with several teams in an attempt to boost his stock. The Browns will reportedly work him out on Saturday.