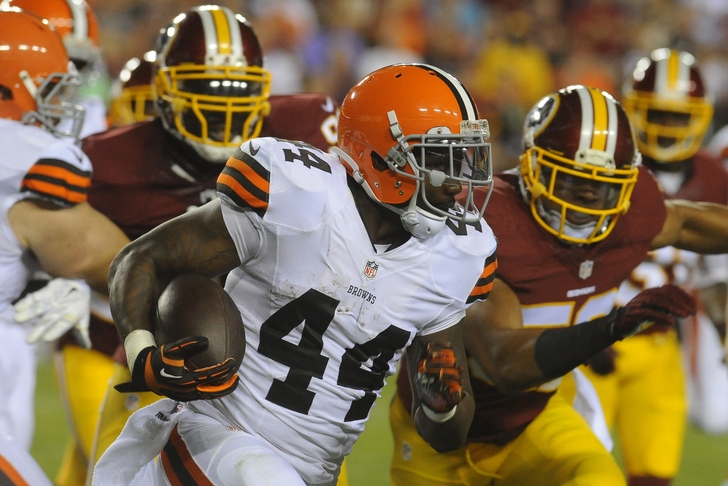 The Cleveland Browns released running back Ben Tate this past week, loosening up the logjam the team had at the running back position.

Looking back on Tate's time with Cleveland, ESPN Browns writer Pat McManamon had this to say about the moody halfback:

Tate was a unique guy. In a group setting, he'd answer a question and be friendly. He got very testy, though, when he felt words were put in his mouth. It was always impossible to read what kind of mood he was in. The day LeBron James returned to Cleveland in the Cavs opener, a bunch of players were going to the game. Tate had talked about playing and liking basketball, so I asked if he was going to the game. "What game?" he snapped.

Head coach Mike Pettine did say earlier this week that Tate's personality and attitude had a little bit to do with his release. However, Tate's departure was likely mainly based upon performance and the need to spread carries out amongst the other backs.