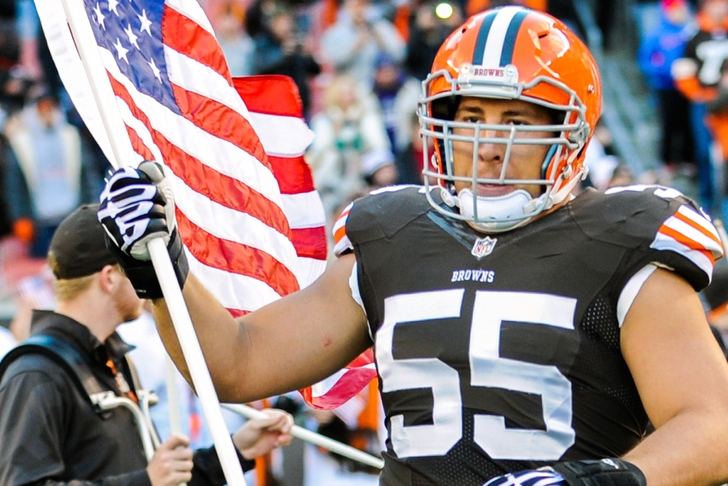 In Browns news today, what had all the makings of a rough situation between starting center Alex Mack and the Cleveland Browns seems to have resolved itself quite easily in the end.

Per Mike Wilkening of Pro Football Talk, Alex Mack is quite elated to be back with the Cleveland Browns, a team which he has garnered two NFL Pro Bowl appearances playing for:

Alex Mack also said clearly that he is "happy to be in Cleveland," and that he has no desire to be playing for another NFL team.

“I don’t believe I ever said that,” Mack stated to the Plain Dealer. “Seeing the options and trying to test free agency and see what else was out there was something that we wanted to do and we had a small opportunity to kind of get a little bit of that.”

Mack does have the player option in his new five-year, $42 million contract to nullify the deal after the 2015 season, if he cares to revisit the possibility of free agency at that point.

Your Browns news whenever and wherever you want it. Download our new Chat Sports iPhone app, and follow our Browns team page today.