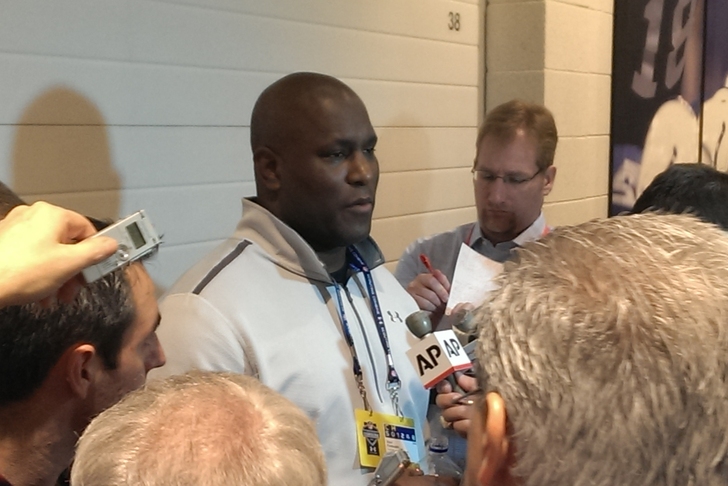 The NBA season will be over soon for the Cleveland Cavs, and Browns news (along with Indians news) will take over the town, especially in light of the Cleveland Browns' recent moves both in the front office and in free agency.

So say Pat Kirwan of CBS Sports who believes that "2014 has been very positive" for the Cleveland Browns and that "three factors have played a major role in the uptick."

Kirwan lists the hiring of Ray Farmer as Browns general manager and vice president of player personnel, the Browns' use of the transition tag on star center Alex Mack, and the Browns' resistance to staged pro day workouts for top draft prospects at quarterback as three signs that the Cleveland Browns are heading in the right direction.

"Installing Farmer as GM and vice president of player personnel puts a solid football man at the top, and his actions speak volumes about the direction of this team. Farmer has put good football people like Bill Kuharich around him and decisions this offseason will translate to better results in the fall."

For a town where football means so much, Browns fans and NFL fans alike should hope that Kirwan is right in his assertions.

Your home for Browns news, along with coverage of your hometown Cleveland Cavs, is here at Chat Sports. Follow our Browns and Cavs team pages today.