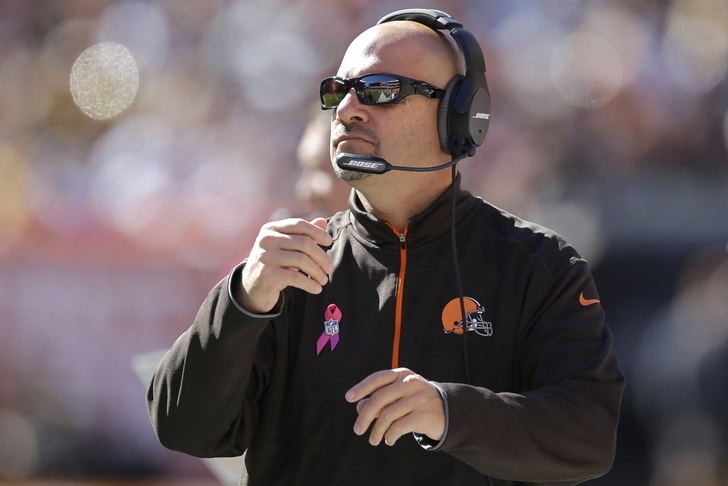 In a jovial Browns news update, Mike Pettine's first year as Cleveland Browns head coach has already brought a little bit of history to the franchise.

Per Tony Grossi of ESPN Cleveland, the Cleveland Browns have sole possession of first place in the AFC North for the first time in over nineteen years:

The Pittsburgh Steelers' 20-13 loss to the woeful New York Jets ensures that the Browns will go into this week's preparations with the AFC North firmly in their grasp. Seeing the rival Steelers and Baltimore Ravens struggle to maintain consistency this year provides a very valuable message to a young Browns squad:

Watching Pitt and Balt struggle, #Browns fans should realize no team wins every series of every game. #play60

If Cleveland continues to #Play60 for the last seven games of the 2014-15 NFL regular season, there's no reason why they can't be a force when January and the NFL Playoffs roll around.