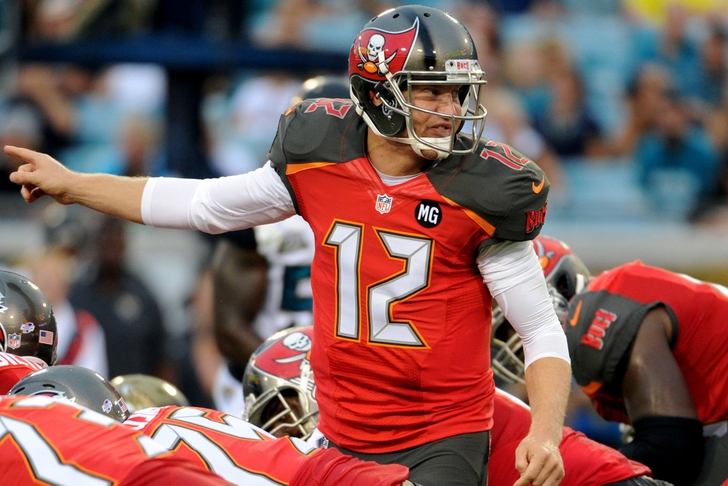 The Cleveland Browns have found, at the very least, a veteran stopgap in former Tampa Bay Buccaneers starting quarterback Josh McCown, inking him to a three-year deal this offseason.

According to ESPN's Jeremy Fowler, choosing McCown over chasing former start Brian Hoyer in free agency likely means that Johnny Manziel remains in the plans for the Browns down the road:

The Browns needed a new quarterback plan after Manziel entered a treatment facility, but they weren’t moving on.

Re-signing Brian Hoyer, after the clunky competition between him and Manziel in Cleveland, wouldn’t have made sense. If Hoyer had come back, he would have been the starter. Despite winning seven of his first 11 games for Cleveland last season, apparently the Browns had seen enough.

McCown ca!n be a starter or backup and adapt either way.

Rather than fueling the fire of Manziel trade rumors by trading for a guy like Sam Bradford, adding a workable starter/backup piece like McCown could help to dim the spotlight on Johnny until he gets his life firmly in order.