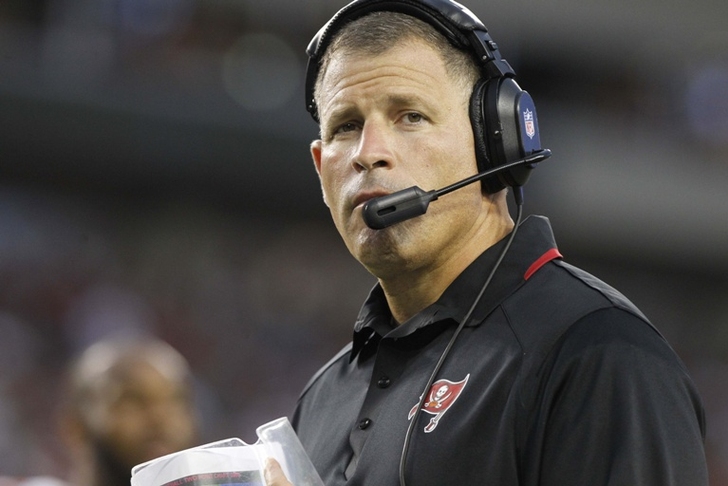 Cleveland's coaching search hasn't exactly gone to plan - first, top target Josh McDaniels bailed, then second option Adam Gase also bowed out of contention. With fans rapidly losing patience and available candidates dwindling, the Browns have reportedly narrowed their search to a few names - some more prominent than others. One "mystery candidate" was mentioned earlier this week as a realistic contender with past head coaching experience, and today, after the candidate interviewed, it was revealed that this mysterious prospect was none other than recently-fired Tampa HC Greg Schiano.

Per @footballscoop the Browns mystery candidate is Greg Schiano. #yesplease

Cleveland's list reportedly also includes Seahawks DC Dan Quinn (who wouldn't be available until after the Super Bowl) and Buffalo Bills DC Mike Pettine. If the Browns are set on Quinn, the coaching search could drag on, but with pressure mounting on the front office, it's possible that they could make a move sooner rather than later.

For all the Cleveland Browns news and rumors out there, stay tuned to Chat Sports - your home for the sports news that matters to you.