The 5 Toughest Games On The Cleveland Browns' Schedule In 2017 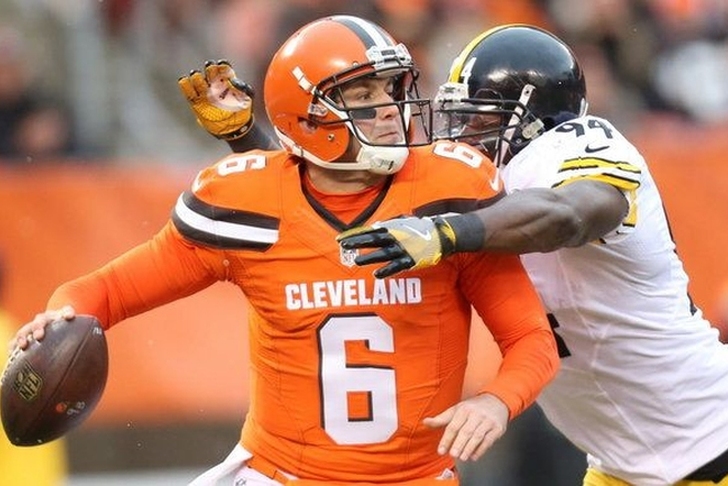 The 2017 NFL schedule was released last month, and the Cleveland Browns have a tough road ahead of them as they try to rebound from a 1-15 season. These are the 5 toughest games the Browns will play this coming season:

5) at Cincinnati Bengals (Week 12)
Cincinnati is expected to have another sub-.500 season this year, and Cleveland's home game against them is the best chance they have to win a division game this year. However, these two have a pretty heated rivalry, and playing on the road in a rivalry game is never easy.

4) at Baltimore Ravens (Week 2)
The Ravens are in the midst of a small rebuild, but they could very well end up competing for a playoff spot again in 2017. Joe Flacco is still a quality quarterback, and their defense expects to be one of the better units in the league. That, plus the fact that Browns are 1-5 against Baltimore in their last six meetings, make this a tough game.

3) at Houston Texans (Week 6)
Houston has won the AFC South each of the last two seasons despite having terrible quarterback play, doing so with a dominant defense and good skill players. Cleveland's lackluster offense will have a lot of trouble dealing with J.J. Watt and Jadeveon Clowney, and Lamar Miller will be a test for the Browns run defense. If the Texans get good quarterback play from Tom Savage or Deshaun Watson, they will move up a few spots on this list.

2) at Pittsburgh Steelers (Week 17)
This game isn't No. 1 because there's a chance the Steelers could be resting some players in Week 17, but if they play everyone, this will be at the top of the list. Pittsburgh has won four in a row and eight of the last nine in the series, and as one of the Super Bowl favorites, they will be heavily favored in both matchups against the Browns.

1) Green Bay Packers (Week 12)
Speaking of Super Bowl contenders, the Packers and Aaron Rodgers will give the Browns perhaps their toughest test of the season, especially for Cleveland's young defense. The Browns ranked 21st in the league against the pass last season, and were in the bottom five in yards allowed per completion. This game will be a measuring stick to see how much better the Browns have gotten in that regard.