The 5 Easiest Games On The Cleveland Browns' Schedule In 2016 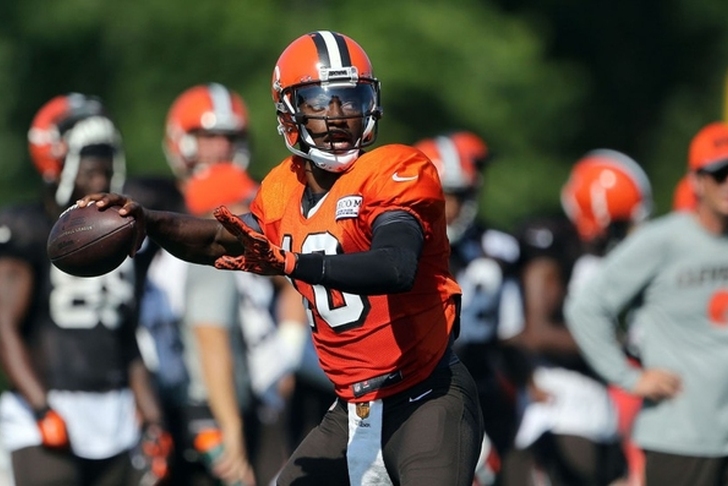 Every game during the course of an NFL regular season takes its toll, but these next five games are the closest thing to a breather the Cleveland Browns will get in 2016. Here's our list of the 5 easiest games on Cleveland's schedule this season:

5) Week 8 vs. New York Jets
The Jets should be good this season, but many expect them to take a step back from their 10-win campaign last season. Cleveland hung tough with New York in their Week 1 battle last season despite losing Josh McCown on the opening drive. With a healthy quarterback, the outcome might just be different this time around.

4) Week 12 vs. New York Giants
Cleveland is going to have a very hard time stopping Odell Beckham, but Joe Haden (and others) should be able to to create some plays against the turnover-prone Eli Manning. If New York's revamped defensive line proves to be a bust, the Browns could pull off the upset.

3) Week 2 vs. Baltimore Ravens
I don't know what to make of the Ravens this year. They have several veterans (Joe Flacco, Steve Smith, Terrell Suggs) returning from serious injuries trying to mix with a number of young players who figure to play a big role for them. They weren't great last year, and they may have some problems meshing early in the season, giving the Browns an excellent chance to pick up an early-season win.

2) Week 6 at Tennessee Titans
The only road game on this trip, Tennessee is another young team trying to find their rhythm. Cleveland should have a firm grasp on head coach Hue Jackson's system by this point in the season, and the Titans are an inconsistent young team that the Browns are more than capable of beating.

1) Week 16 vs. San Diego Chargers
Vegas odds predict the Browns to go winless this season, but this is the game they give the Browns the best chance to win - and we do too. San Diego is rebuilding, lacks offensive weapons and doesn't have an abundance of talent on defense. If RG3 & Co. are going to have success on both sides of the ball, this is the game.