4 Easiest Games On The Browns' 2015 Schedule 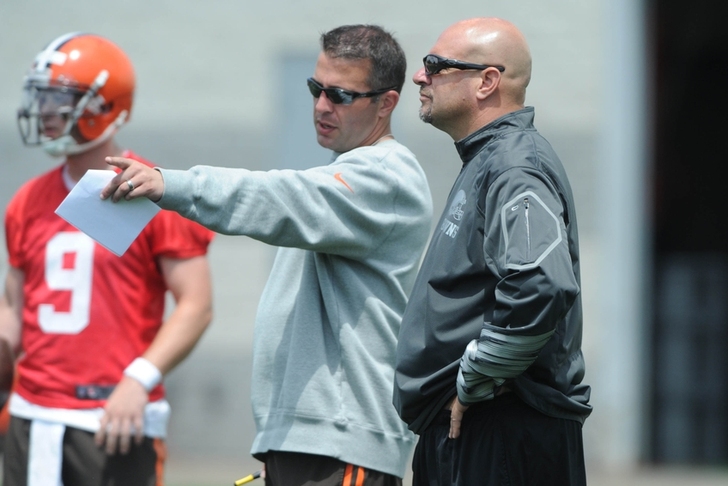 Every game during the course of an NFL regular season presents a challenge, but these next four games are the closest thing to a breather the Cleveland Browns will get in 2015. Here's our list of the 4 Easiest Games On The Browns' 2015 Schedule.

Todd Gurley should be a beast in his rookie season under the Gateway Arch, but we're still not sure what to think of Nick Foles as a "franchise QB" and the defense softens considerably after you get past St. Louis' massive D-line. This isn't exactly a cupcake road game, but it could be worse.

If Geno Smith somehow escapes camp as the starting quarterback in New York, this could be one of those fun, Bizarro World games where thousands of Jets fans opening root for Browns pass rushers to knock Geno out of his cleats. New York's defense is on the come-up, but the offense remains a dumpster fire with Smith under center.

The Raiders are starting to peek their heads out after a decade-long loop of Groundhog Day futility, but the offense is still a couple of playmakers short of mediocrity -- even with first-year WR Amari Cooper patrolling on the outside. In addition, the team is looking to an oft-injured enigma (DJ Hayden) to be its #1 cornerback and an array of overpaid cast-offs to fill out the gaps in the defense.