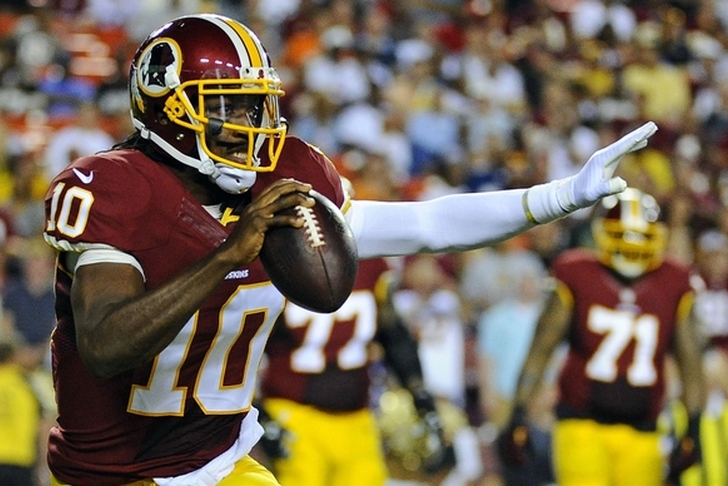 The Cleveland Browns signed quarterback Robert Griffin III to a two-year, $15 million deal on Thursday, setting the stage for him to potentially become the team's next starter. Many are skeptical about what RG3 can do after being benched all of last season, but he still has the potential to be a very, very good player in this league. Here are three reasons why he'll be a star with the Browns:

3) He's finally healthy
Honestly, sitting out the entire 2015 season may have been a blessing in disguise for Griffin. He was never quite right after tearing his ACL at the end of his rookie season, trying to come back too soon from the injury while dealing with various other ailments. RG3 is now fully healthy for the first time since that rookie season - when he set the league on fire. Expect him to finally be able to play up to his ability.

2) Make or break chance
This is Griffin's last opportunity to prove himself as a starter in this league, and that sense of urgency and desperation will cause him to focus more and put the extra hours in. Not only does Griffin not want to blow this chance, he wants to prove all of his doubters wrong. Now, with a chance for a fresh start, RG3 is jumping in with both feet - and he's determined to swim, not sink.

1) Hue Jackson
Jackson is known as somewhat of a quarterback whisperer, having played a big part in the developments of Matt Ryan, Joe Flacco, and Andy Dalton throughout the course of the past nine years. However, he has never had a quarterback with Griffin's combination of athleticism and arm talent. Plus, RG3 has already showed us he has the tools to be a dangerous quarterback. Jackson will help Griffin learn to read opposing defenses more efficiently and effectively - and the results will be great.