3 Reasons Why Cody Kessler Will Thrive With The Cleveland Browns 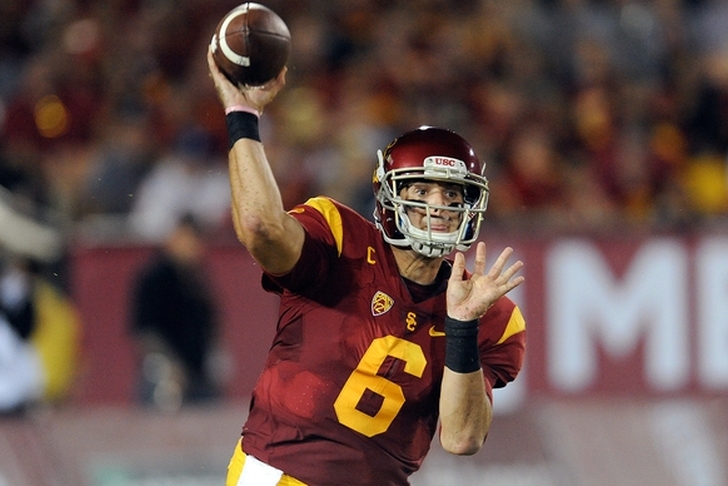 The Cleveland Browns surprisingly picked USC's Cody Kessler in the third round of the NFL Draft, hoping he can develop into a franchise quarterback. He's expected to be buried on the depth chart behind Robert Griffin III and Josh McCown, but that doesn't mean he won't have his opportunity. Here are three reasons why he will thrive with the Browns:

3) Belief from the front office
Part of the reason the Browns traded out of the No. 2 spot - and the ability to draft Carson Wentz - was because of their infatuation with Kessler.

“He almost completed 68 percent of his passes," head coach Hue Jackson said over the weekend. "The guy has had a tremendous career. I understand where everybody is coming from, but you've got to trust me on this one. This is a guy that we feel very comfortable with, and we think he's going to have an opportunity to ascend.”

Head of football operations Sashi Brown echoed Jackson's sentiments, suggesting Kessler will have every opportunity to earn the starting job.

“There's no question with the investment in Robert, we absolutely feel like he has the opportunity to become the starting quarterback. There's still a competition there, and we haven't named a starter yet, and Cody will get into that mix.”

It's clear that this new regime is heavily invested in Kessler and his development, and will give him every opportunity to be successful.

2) Accuracy and decision making
That accuracy Jackson mentioned is certainly Kessler's strength, but when coupled with his good decision making, it's not hard to see why he was so successful at USC. He threw just 19 interceptions during his three seasons as USC's starter compared to 88 touchdowns while completing at least 65 percent of his passes.

It will take some time for him to adjust to the NFL game, but if he can be that efficient at the professional level, he will definitely earn playing time.

1) Hue Jackson
Jackson is known for his ability to develop quarterbacks, and there's no reason to think he won't do the same with Kessler. Kessler has a very similar skill set to Andy Dalton, who Jackson had a ton of success with in Cincinnati. Jackson obviously sees the potential for greatness in Kessler, and that's very telling.