3 Reasons Why The Cleveland Browns Should Hire Chip Kelly 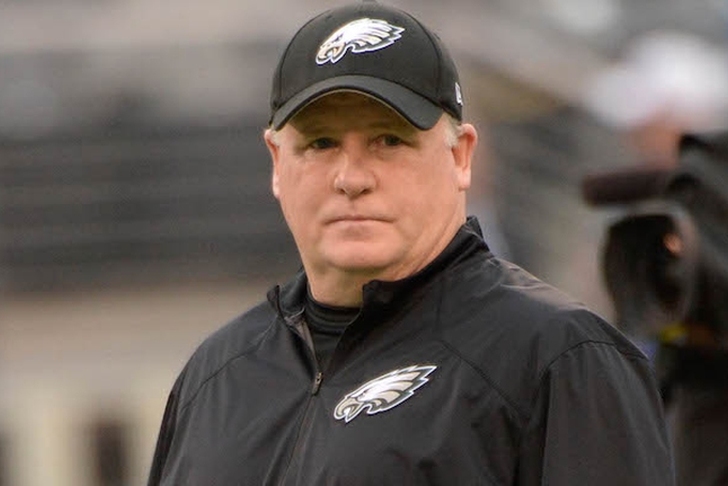 The Cleveland Browns will be looking for a new coach after they fire Mike Pettine, which they are expected to do very soon, and there are a number of very good candidates available this offseason. Cleveland has already made a push for Ohio State head coach Urban Meyer, but since he has said he will say with the Buckeyes, the Browns have to turn elsewhere. Here are three reasons why Chip Kelly should be their No. 1 target:

3) New spark
Since they fired Butch Davis in 2004, all of the Browns head coaches have been "old-school" guys with little personality, and they've had a hard time getting their players to buy in as a result. Kelly's forward-thinking philosphies and exciting offensive system could be what this team needs to get both players and fans excited again.

The problems he had with the Eagles this year were concerning, but it is just one year in a long line of success. The Browns desperately need something - anything - to give them hope. Kelly is more than worth the shot at providing that.

2) Perfect fit for Johnny Manziel
The Browns franchise needs some form of stability, and keeping Manziel as their quarterback should be the start of that. Despite his numeorus off-field incidents, Manziel showed a lot of promise and growth on the field. The 3-13 Browns when 2-4 in Manziel's six starts, during which he passed for a total of 1,500 yards, seven touchdowns, and five interceptions. Now, put him in Kelly's spread offense - similar to the one he had so much success with at Texas A&M - and he'll get even better.

Cleveland can't continue their quarterback carousel. It's not time to give up on Manziel, but rather time to see how you can get the most out of him. Kelly is the perfect coach to do just that.

1) Winning experience in NFL
Cleveland has not had a winning season since 2007, haven't made the playoffs since 2003, and haven't won a playoff game since 1996. They also only hired one head coach with previous NFL experience since 1999 (out of eight coaches), and Kelly would be their only hire in that time period that has a successful track record. Two 10-win seasons with the Eagles show he knows that it takes to lead a winning franchise, something the Browns desperately need.