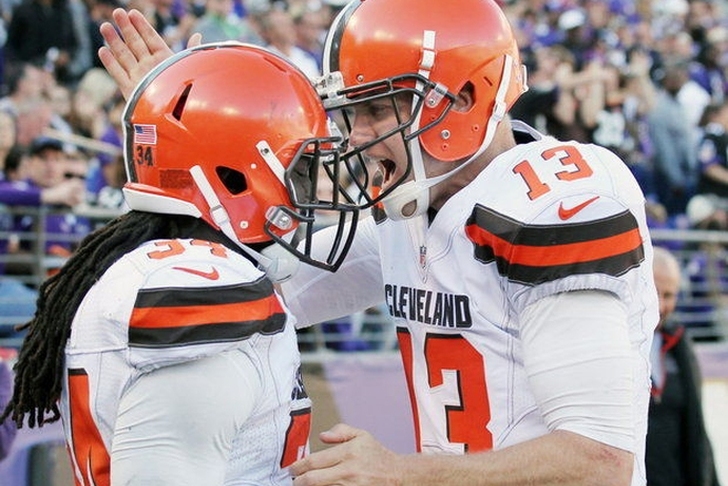 The Cleveland Browns pulled off a come-from-behind victory over the Ravens last weekend, and they're looking to use that momentum to beat the Broncos this weekend. Here are three reasons why the Browns will hand Denver their first loss of the season:

This would usually be considered a disadvantage, but the Browns talented defense will give him fits in this one. The Browns' secondary is one of the best in the country, and they should have some opportunities to make plays against Manning's severely depleted arm strength. Another reason they'll have success against him is because...

2) Denver's lack of a running game

The Broncos rank 30th in the league in rushing yards per game, and they've only scored two touchdowns on the ground all season. Oakland had a lot of success on defense against Denver's offense last week by only guarding against the pass - and the Broncos still only managed 43 total rushing yards. Denver didn't score an offensive touchdown last week because of the way the Raiders played them - expect the Browns to do the same and have similar success.

McCown is 1-3 as the Browns' starter this season, but that stat overshadows how productive he's been under center for them this year. He has completed over 66 percent of his passes for 1,154 yards and six touchdowns - in the past three games! Look for him to continue his hot streak on Sunday.