3 Reasons Why The Browns Are GUARANTEED To Beat The 49ers 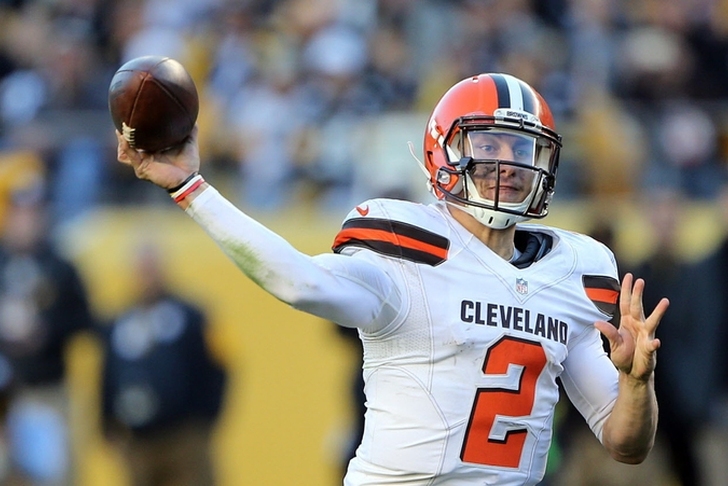 The Cleveland Browns only have two wins this season, but they have a chance to start a strong finish to the season with a very winnable game over the San Francisco 49ers. Here are three reasons why the Browns will be victorious on Sunday:

For as bad as Cleveland's offense has been, San Francisco's is even worse. The 49ers rank dead last in the league with 14.8 points per game, so they won't be able to exploit a Browns defense that is giving up 28.9 points per game. Blaine Gabbert hasn't been awful this year since replacing Colin Kaepernick, but he's not someone who will strike any fear into an opposing defense.

2) Pride on the line

If the Browns are going to win again this season, this is the game to get. Their next three games are at Seattle, at Kansas City, and home to Pittsburgh, all of whom are projected playoff teams. Cleveland has shown fight all season, so don't expect them to just lay down - instead, they should play one of their best games of the season.

Manziel has been dragged through the mud over the past two weeks, but that's really overshadowed how much better he has played this season. He is 1-2 as the Browns starter this season, and while that's not overly impressive, Cleveland is 1-8 with anyone else under center - not to mention, Manziel torched a good Steelers defense for 372 passing yards in his last outing and has thrown five touchdowns to just two intercpetions this year.

Manziel is certainly determined to play his best this week after what he's been through, and that's bad news for a 49ers defense that ranks just 28th in the league in total defense. Expect him to have a HUGE day.