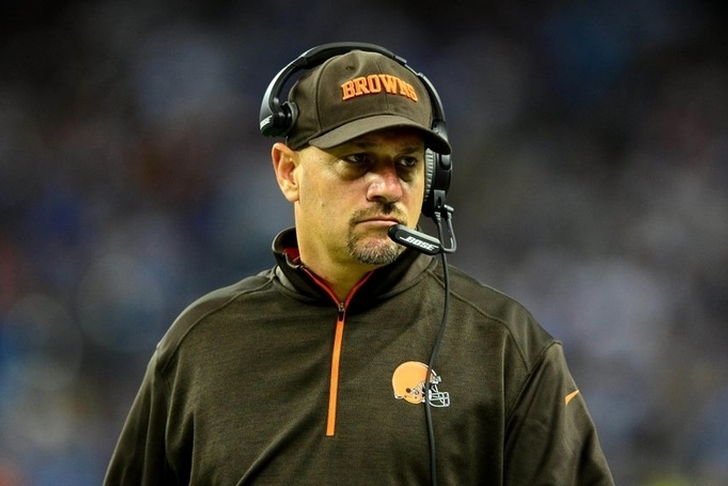 The Cleveland Browns are 3-12 this season, which has put head coach Mike Pettine firmly on the hot seat. It's been a bad season for the Browns and it wouldn't be surprising if Pettine paid for it with his job after this season. Cleveland seems to be ready for a total regime change with reports that they're expected to fire GM Ray Farmer after the season and plan to heavily pursue Ohio State head coach Urban Meyer.

The Browns have now lost nine of their last 10 games, and it's clear that Pettine not the head coach the team needs. With that in mind, here are Three Reasons It's Time For The Browns To Move On From Mike Pettine:

3. Bad Defense
Pettine is a defensive-minded head coach, which makes the Browns' issues on defense even more unacceptable. The Browns are tied for 31st in the NFL with 27.6 points allowed per game. This is Pettine's specialty, and yet the Browns have been just awful on the defensive side of the ball. They can't stop the run and haven't been great against the pass either. Pettine must take the blame for the Browns' defensive issues.

1. Regression This Season
The Browns went 7-9 last year, which makes their 3-12 mark thus far look even worse. The Browns probably weren't going to compete for a playoff spot, but they are better than a 3-12 team. The regression ultimately needs to fall somewhere, and Pettine should take the blame for it. The Browns came out unprepared scheme-wise, and that's on Pettine. Couple that with poor second-half adjustments, and it's clear that Pettine needs to go.

The Browns play the Steelers next week, which means a 3-13 record is likely. Going from seven wins to three should not have happened this season. It's time for Pettine to go.