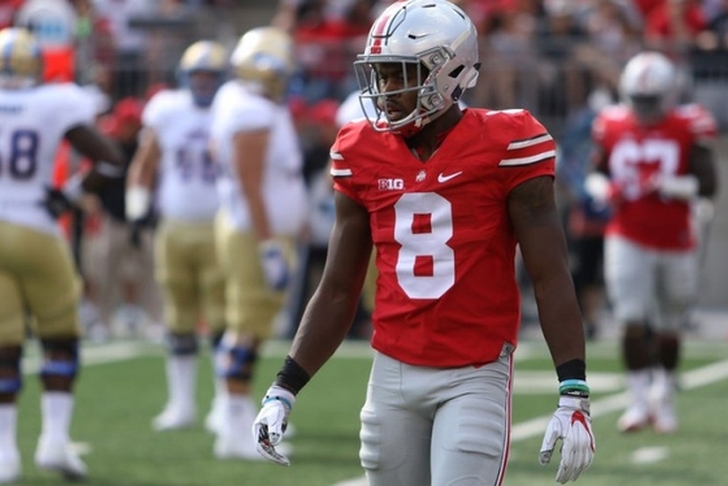 The 2017 NFL Draft will start in less than a week, and there will be plenty of trades. That's just the nature of the draft, although those trades are very difficult to predict. One team that could make some noise is the Cleveland Browns, as the new regime showed last year they're willing to wheel and deal. The Browns have two first rounders and 11 picks, giving them the plenty of ammo to make a move.

Ah, the trade rumor that just won't die. To be clear: I don't expect the Browns to end up trading for Jimmy Garoppolo, but there's no way we can skip this potential trade like we can moving down from No. 1 overall. Adam Schefter is adamant the Patriots won't trade Garoppolo, but Mary Kay Cabot and Tony Grossi continue to report the Browns will try to make a trade. Best case for Cleveland: this would be all they would give up in a potential trade. It's more than enough and frankly, given the contract Garoppolo will also demand, it's probably too much.

I believe the Bucs are on the verge of breaking through and the Bucs likely feel the same. So let's say a top 10 prospect (like O.J. Howard or Malik Hooker) is on the board for the Browns at No. 12. They won't fall down to Tampa and the Bucs might feel they're close enough to sacrifice the extra pick and move up. The trade favors the Browns, but they could include their 4th round pick to help make it a bit more even if they need to. But the Browns will have plenty of control in this year's draft. So if they make a trade, they should end up with really good value. In a solid draft, the Browns can still get an impact defensive player at No. 19.

This trade works out almost perfectly on the NFL trade value chart. The Browns have more than enough ammo to move up in the draft and this deal lets them keep a second and a 3rd. Perhaps there's another defensive player (like a secondary member) the Browns are targeting that falls to No. 28. The Cowboys need secondary help too, but moving a few spots down and getting an early 4th might be enough for the Cowboys to do it. In a loaded corner class, perhaps that's where the Browns spend the extra first rounder.