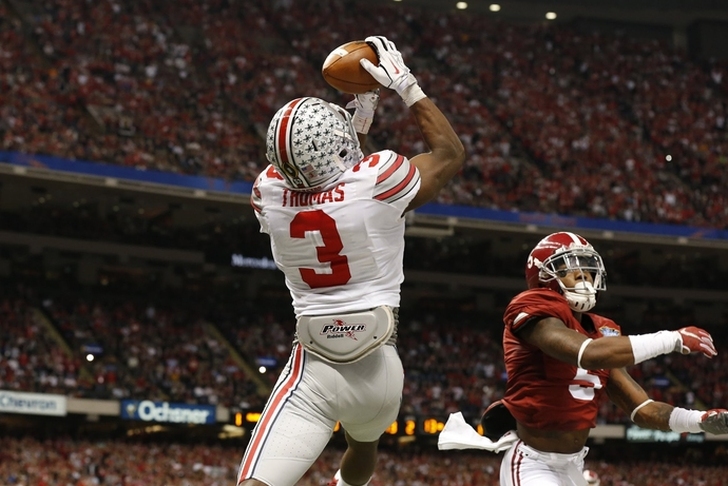 The NFL Draft will start in just over a month, and there will be plenty of trades. That's just the nature of the draft, although those trades are very difficult to predict. One of the teams that could be movers early in the draft is the Cleveland Browns. The Browns are picking at the start of the second round, a prime spot to trade up or down from.

This would allow the Browns to make sure they get QB Carson Wentz, because the team is still highly likely to take a QB in round one. This would be similar to when the Vikings and Browns swapped spots so that the Browns made sure they landed RB Trent Richardson (oops). The Titans are taking far less value than the No. 1 pick is worth, but they also get back the fourth rounder they sent to the Eagles in exchange for RB DeMarco Murray and the Eagles' fourth. Plus, it's at the start of Round 4 so it's basically a third round pick. The Browns doing this would be a borderline panic move and one they really don't need to make.

This deal actually works out pretty well in the trade value chart. The Redskins want more picks, but could get that by flipping the no. 65 overall pick later on. The Browns badly need WR help and moving up with Washington would give them a chance to take one of the best options. The Texans, Vikings and Bengals could all take a WR right after the Redskins pick, and the Browns would jump them by making this deal.

1. Trade Down At Start Of Second Round
I don't have a particular trade partner in mind, but the Browns could very well take the No. 32 overall pick and sell it to the highest bidder. The Browns could get a few quality picks in this year's draft for it, or even a first rounder in next year's draft. This year's first pick in the second round has extra value, since the Patriots don't have a first rounder. That basically gives the Browns two first round picks. Don't be surprised if they end up trading it. Teams will have plenty of time to stare at their draft between the end of the first round Thursday and the start of the second round Friday. There will be plenty of interest in the Browns' pick.