3 Most Overrated Browns Players In 2016 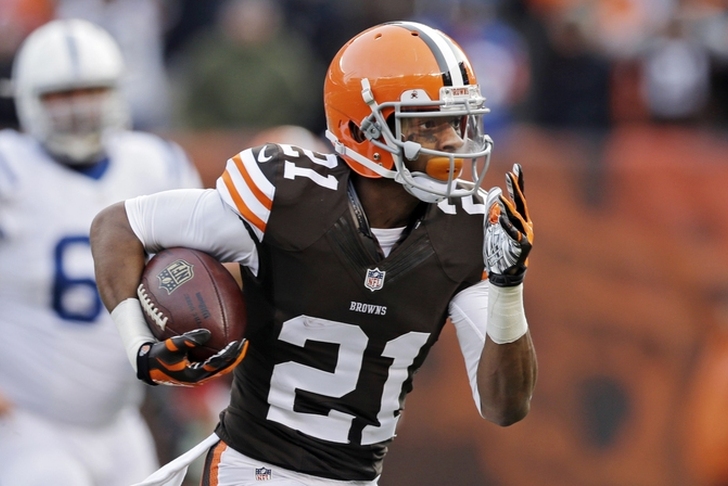 The Cleveland Browns are rebuilding. The new regime led by coach Hue Jackson is starting over and the roster has already undergone a significant overhaul and it might not be finished. There are some interesting pieces, but also a few overrated players. Overrated players are simply a reality of the NFL, whether that be in terms of their contract or how they are viewed by the fanbase, others or the team. With that in mind, here are the three most overrated players on the Browns in 2016. Just a few years ago, Haden was one of better corners in the NFL. But he completely fell apart last year. Injuries certainly played a big role in that, but when Haden was on the field, he struggled. He graded outside the Top 100 corners in the NFL, even behind players like Justin Gilbert (see below). Haden has the ability to regain his previous form, but on a Browns roster full of young players, he's one of the prime choices as an overrated player.

As hinted, here's Gilbert. And seriously, what happened with Gilbert? A top 10 pick back in 2014, Gilbert has struggled to even get on the field. He had a meager 51 snaps last season and struggled when he was on the field. Hopefully the new regime led by Hue Jackson can get the most out of Gilbert. But right now, Gilbert is barely rosterable and might be fighting for a spot this year. He's looking more and more like a bust. And speaking of other first round busts, Cam Erving nearly made this list, but we're giving him one more year to not look awful. 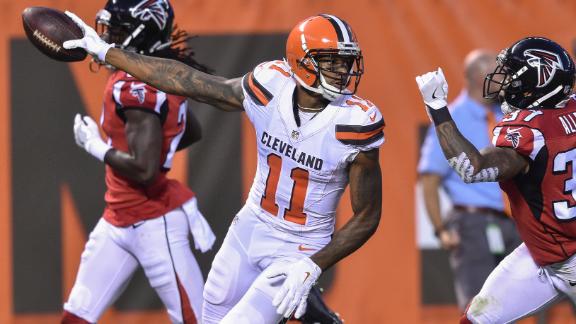 Let's go ahead and pump the brakes on the Pryor hype train. Yes, he's looked great in the preseason, as shown below. I suspect the overlap of Browns and Buckeyes fans is to blame for the hype.

But Pryor is still raw. His route-running isn't there yet, although the speed is. And when Corey Coleman and Josh Gordon get back, Pryor will take a back seat. This is a player who had all of 91 snaps last year, and didn't look that great when he was on the field. He'll make the roster, but don't expect Pryor to suddenly become a WR1. Best case, he becomes a one-dimensional deep threat this year.