3 Browns Trade Rumors You Need To Know Before The Deadline 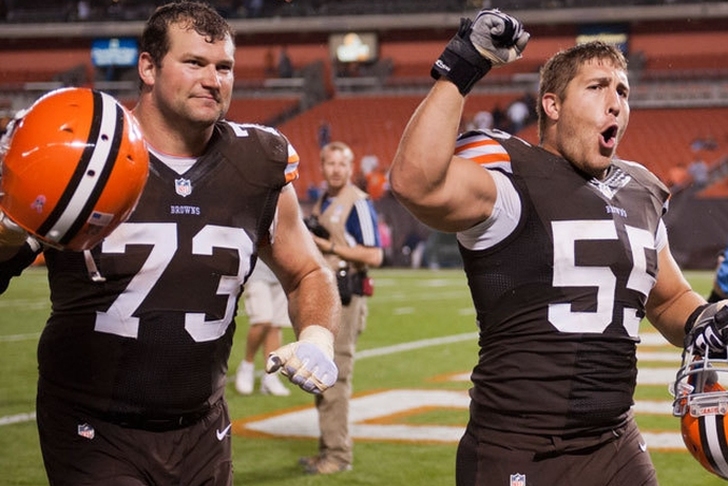 The 2015 NFL Trade Deadline is less than 24 hours away, which means the Cleveland Browns' front office has a very small window if they want to get a deal done before Tuesday afternoon. With that in mind, here are 3 Browns Trade Rumors You Need To Know Before The Deadline.

Offensive Linemen On The Block?

The Browns are reportedly trying to deal both Joe Thomas and Alex Mack.

The #Browns have engaged in discussions about potentially trading two of their best players: LT Joe Thomas and C Alex Mack, sources say.

Thomas and Mack, in theory, should fetch a good return for a Browns team that doesn't appear ready to compete. The list of potential suitors is long, as teams like the New England Patriots, Indianapolis Colts, Denver Broncos and Seattle Seahawks are only a few of the potential landing spots for Mack and Thomas. However, there are some issues in dealing either. Both have large contracts, although Thomas' contract is pays him less than what he's actually worth. Only a few contending teams can afford the contract of Thomas and Mack. If dealt, both should fetch at least a second or third rounder, and possibly even a first round pick. Anything less would be a terrible deal for the Browns. The Browns reportedly want more than just a first rounder, which might be a tad too steep.

Linebackers Could Be Dealt?

Both Paul Kruger and Barkevious Mingo are available for the taking, according to two different reports.

Amongst the names that have come up in trade discussions before Tuesday's trade deadline: Paul Kruger, VInny Curry, Jared Cook.

#Browns have made it known they're willing to trade LB Barkevious Mingo, their 2013 first-round pick, source told https://t.co/o11vJSOExu

While Kruger and Mingo likely won't fetch as much as either Thomas or Mack, they do have some value. Teams are always in desperate need of pass rushers, even ones that have underachieved. Kruger hasn't played great this season and his large contract hurts his value. Mingo hasn't lived up to his first round status, but is on a cheap contract. Expect Mingo to fetch more between the two if a deal is made.

Browns Giving Up On Gilbert?

This one seems like the least likely to occur, but it has been mentioned. The Browns giving up on Gilbert after just two seasons would be surprising, in large part because the team wouldn't get anywhere near the first rounder it spent on him. While sending Gilbert to a team like New England makes sense, don't expect Cleveland to deal Gilbert.