3 Biggest Offseason Needs For The Browns 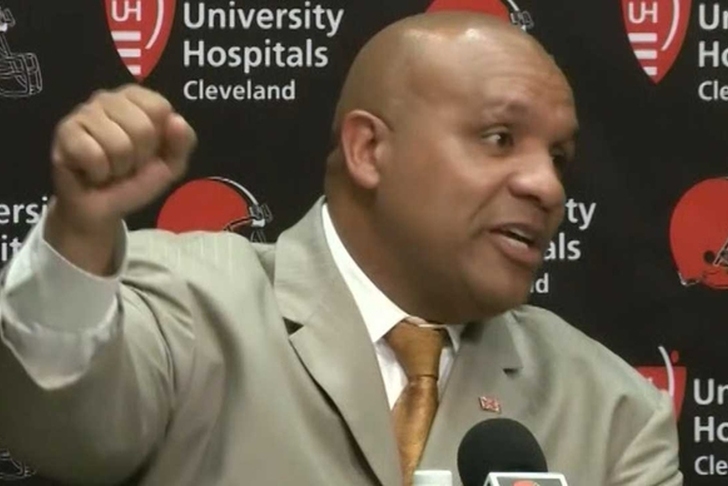 It was a lost season for the Cleveland Browns in 2015 -- one which cost head coach Mike Pettine his job. Now, the Browns will move forward with new head coach Hue Jackson and a bevy of needs to be addressed. Here's our list of the 3 Biggest Offseason Needs For The Browns.

3. Pass Rusher(s)
Cleveland generated little to no pressure against the pass for most of the 2015 NFL season, allowing opposing quarterbacks to pick apart the secondary at will. Whether it's an impact defensive end, outside linebacker or both, the Browns' upcoming defensive overhaul is contingent on finding a way to ignite the pass rush.

2. Wide Receiver
Cleveland has virtually ignored the wide receiving position in the past three drafts, as they haven't spent more than a fourth-round pick on a WR since Travis Benjamin in 2012. Benjamin's contract is up after a breakout season, Josh Gordon's potential return brings more questions than answers, and last year's retooling of the unit didn't pan out. If our #1 need is to be addressed (more on that in a second), #2 will need to be figured out as well.

1. Quarterback
Johnny Manziel looked poised to redeem himself as we reached midseason in 2015, but skipping an appointment with the team's medical staff on the last Sunday of the regular season is the final straw. New head coach Hue Jackson is bound to erase Manziel's name from the team's future plans, setting out to find a franchise quarterback who'll actually stick. Whether it's the draft or free agency, the Browns will find someone to carry out Jackson's vision.