3 Veteran QBs The Browns Should Consider Signing This Offseason 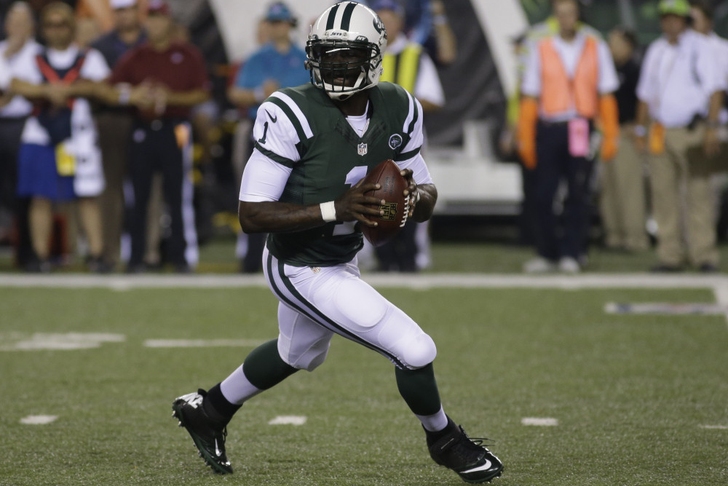 The Cleveland Browns' quarterback battle was one of the biggest storylines during this past season, but neither Brian Hoyer or Johnny Manziel were able to grab a firm hold of the job. Now that Hoyer is a free agent, Cleveland has room to bring another QB into the mix. Who would they be smart to sign this offseason?

Vick is the only free agent quarterback that's had consistent success in the NFL, and while he struggled with the Jets last year, he could serve as a mentor for Manziel. Cleveland would have to bring him in as a backup, meaning they would be giving Manziel a full season as the starter - something they haven't been willing to commit to yet. However, Vick and Manziel have similar styles, meaning they wouldn't be running two different offensive systems like they did last year. Mallett, a career backup, looked good when he got to start two games for the Texans this season. Houston wants the 6'7", 245-pound QB back since they like what they saw before Mallett tore his pectoral muscle in his second start, but he'll have several suitors on the open market.

If Cleveland doesn't want to commit to Manziel, they could bring Mallett in to create another true quarterback competition. He's a true dropback passer, something head coach Mike Pettine really likes. Sanchez rehabbed some of his reputation in Philadelphia while filling in for the injured Nick Foles, but he still didn't do enough to prove he's a full-time starter. Bringing him in would certainly shine more cameras on the Browns and create more distractions, but there aren't many better options in this weak QB free agency class.

Hoyer wants to go somewhere he has a chance to start, but he also hasn't ruled out a return to his hometown Browns. Cleveland would like to avoid another season of Hoyer-Manziel controversy, so it seems unlikely that they'll offer Hoyer another contract.

Follow our Cleveland Browns team page for the latest Browns news and rumors!

NFL Free Agency: 6 Superstars Who May Switch Teams This Offseason