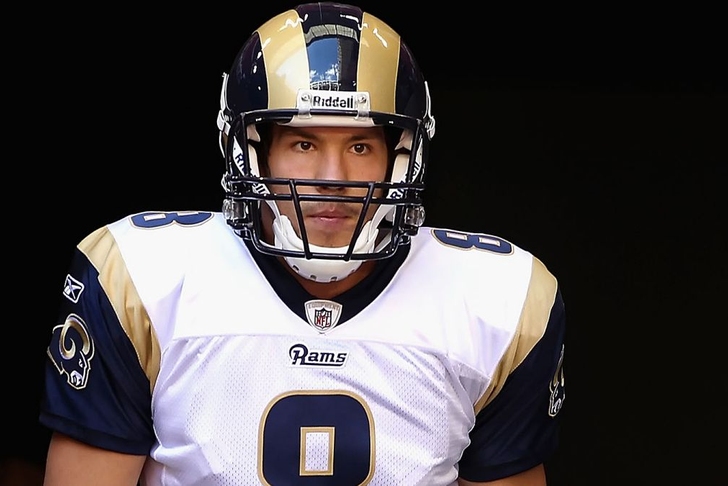 The 2015 NFL Draft is under a month away, which means draft trade rumors are about to get extremely loud around the league. The Cleveland Browns are one team that could be in the mix for some draft day hijinx, but what/who exactly would they look to trade for? Here's 3 Draft Day Trades The Cleveland Browns Could Make.

The Browns offered the Rams a first-round pick for Bradford prior to the Nick Foles trade, so there's no reason to think they wouldn't try it again -- especially with Eagles coach Chip Kelly potentially looking for ammo to move up and pick his former charge, Marcus Mariota. Mary Kay Cabot of the Cleveland Plain Dealer notes that the team is prepared to move ahead with Josh McCown as the #1, but adds that they're not done trying to improve at the QB position. Here's one way to do it, provided Bradford's health doesn't scare the Browns away.

2. Trade a gaggle of picks (including one of the team's two 2015 first-rounders and a 2016 first-rounder) to Jacksonville for the #3 pick in the draft

The Browns could go the Bradford route by offloading one of their first-round picks, or they could use some of that collateral themselves to move up and select Marcus Mariota themselves. Bradford comes with an expensive price tag for 2015 and a checkered injury history, while Mariota would come with a cheap(er) rookie deal and years of team control. It would be a bold move -- and one that ostensibly would signal the end of the Johnny Manziel era -- but it's not out of the realm of possibility.

3. Trade QB Johnny Manziel to Tennessee for a 2015 mid-to-late round draft pick Early reports out of Cleveland indicate that the Browns are not factoring Manziel into their offensive plans for 2015, and we've all heard the rumblings that the front office is ready to slash and burn altogether when it comes to Johnny Football. If so, a QB-starved Titans organization could be just desperate enough to swing a deal for a mid-rounder -- especially if they decide to look defense with the #2 pick. This only makes sense if the Browns have a structured contingency plan in place at QB, but it's worth keeping an eye on.