2015 Browns Training Camp: What We Learned This Week 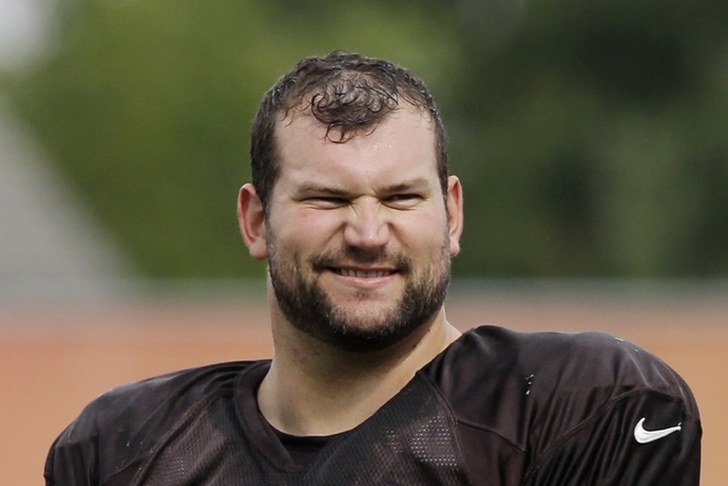 The Cleveland Browns are knee-deep in training camp right now with the first preseason game of the slate now out of the way. We're here to get you up to speed with the goings-on in camp with 2015 Browns Training Camp: What We Learned This Week.

Joe Thomas has Johnny Manziel's back

While the going assumption is that the Cleveland Browns will move forward into the 2015 NFL regular season with veteran Josh McCown as their starting quarterback, Johnny Manziel's impressive training camp has caught the attention of Manziel's teammates, including offensive tackle Joe Thomas.

“He’s really proved to a lot of people that this is important to him and he’s ready to be an NFL starting quarterback,” said Thomas, via Waiting For Next Year. “Playing well in the scrimmage and looking like an NFL quarterback is another good step in the direction that he wants to go. He’s just earning that trust of his teammates that he’s going to need to do if he wants to be that starter. He impressed a lot of people out here tonight.”

Manziel didn't play with the first team offense, but he still looked dominant leading a unit full of backups, going 9-for-11 for 93 yards and two touchdowns.

“We always knew he had the talent,” Thomas said. “So it was never a matter of the talent that he had. You’re starting to see the work that he put in off the field, but the commitment that he’s made in the meeting room. Studying film when he doesn’t need to be. Doing the things that a starting quarterback has to do. I think you’re seeing it now that he’s in competitive situations he’s able to let that talent go and play well. And that’s what you saw.”

Johnny Manziel happy to be out of the spotlight

Manziel said he is "100 percent" happy no longer to be the subject of constant media attention.

"It's nice to come out here and wear any kind of shoes that I want and it's not the main story the next day," Manziel said. "The hype is a little bit tempered and a little bit down, and that for me is a good thing. Now I can just come out and play and do my game and really get to learn, because that's what I really needed to do is to learn."

Manziel said that now he doesn't have to focus as much on the media, he is starting to learn Cleveland's offense faster, which has helped him be more successful on the field.

"Off the field for me right now is just really simple. It's football right now, and it'll be that way throughout the rest of the season," Manziel said. "It's night-and-day difference from last year. It's night and day from the first day even coming out here. I'm pleased with the progression of getting better and coming out some of these days and having a high completion percentage and getting the ball where it needs to go. "Now there's the little things that are keeping me from taking another step."

Getting to know the team's offensive weaponry