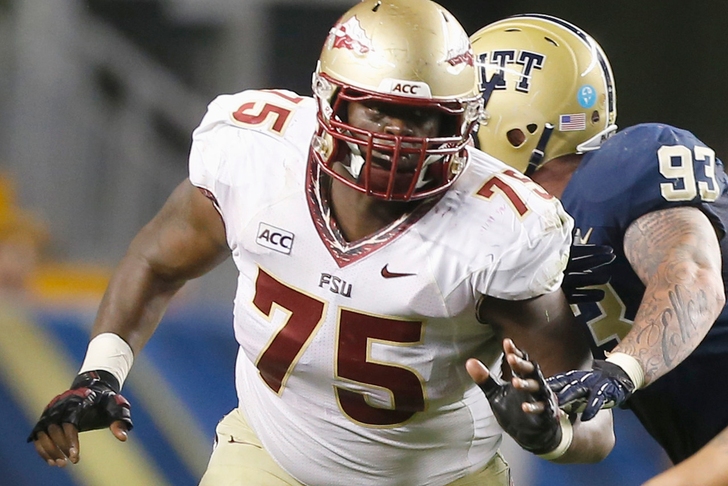 With the 19th pick in the 2015 NFL Draft, the Cleveland Browns select Cameron Erving out of Florida State.

Erving started his college career as a defensive tackle and recorded 20 tackles in 2011 before starting 14 games at left tackle in 2012. He then won first-team All-ACC and All-American offensive tackle in 2013 and contemplated a jump to the NFL before returning to school last year.

That athleticism and versatility has pro scouts drooling, especially after showing he could play center during the last half of the collegiate season.