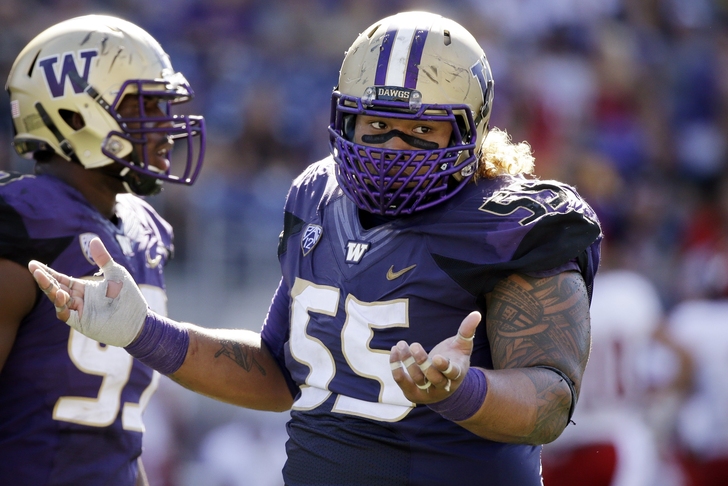 With the 12th pick in the 2015 NFL Draft, the Cleveland Browns select Danny Shelton out of Washington.

The first Washington Huskie to earn a first-team Academic All-American spot since 1991, Shelton’s intelligence translated to his focus on the football field as he lead the nation with five fumble recoveries. He started his last 40 collegiate games at nose tackle and played in 53 games overall over the course of his four-year career in the Pacific Northwest.

Shelton is the definition of a space-eater on the inside, using good positioning and quick hands to outwork double teams and gain leverage. His downfield instincts are impeccable as he reads the ball carrier well and sheds blocks to create havoc. He has the potential to be an elite run stopper in this league thanks to a top-tier mixture of strength and athleticism.