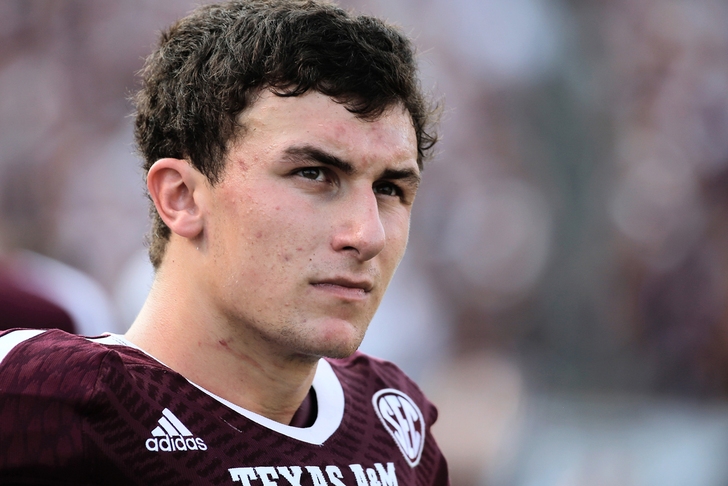 With the 22nd overall pick in the 2014 NFL Draft, the Cleveland Browns have selected Johnny Manziel out of Texas A&M.

In 2012, Manziel became the first freshman in NCAA history to win the Heisman Trophy, Davey O’Brien Award, and the Manning Award – passing for 3,706 yards and rushing for 1,410 more to become the first player in NCAA history to total 5,000 all-purpose yards and 1,000 rushing yards in a season. Manziel’s encore in 2013 was stellar in and of itself, as he went 300-of-429 for 4,114 yards, 37 touchdowns and 14 interceptions – along with adding 759 rushing yards and nine rushing TDs. Manziel had an amazing showing at the NFL Combine, highlighted by a 4.68 second 40-yard dash and posting a 31.5 inch vertical leap.

Johnny Manziel’s mixture of top-tier athleticism and game-day passion is second-to-none in the 2014 NFL Draft class. He has big hands which allow him to hold the ball well on the run, along with elite playmaking ability out of the pocket. His keeps his eyes downfield when scrambling and is just as much of a threat to tuck it and run as he is to throw a dart on the move. He is adept at changing arm slots to match the pressure he is facing, and his extreme confidence gives him the edge when it comes to making plays many other quarterbacks wouldn’t dare attempting.

For a look on what Manziel brings the Browns, check out his highlights: