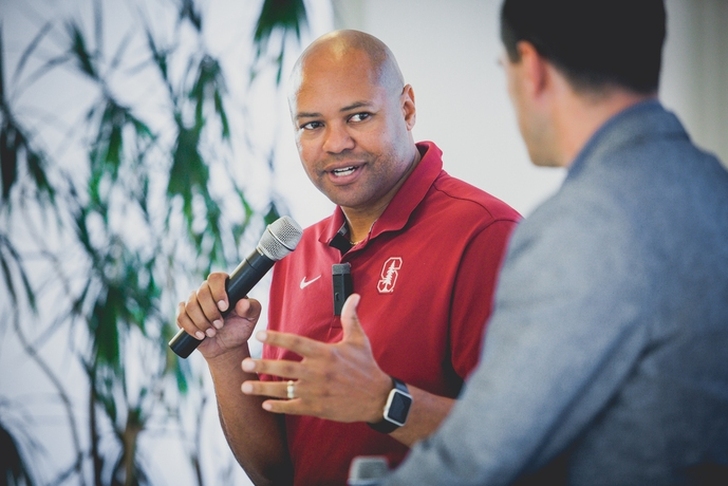 The Stanford Cardinal aren't afraid to play challenging out-of-conference games. The Cardinal play Notre Dame every season, visited Northwestern last year and host Kansas State this year. But there's one school that head coach David Shaw would love to play on the road: The Clemson Tigers.

At Chat Sports' Minds Behind The Game event on Wednesday night, Shaw detailed why he'd love to play against Clemson, among other several other topics.

The reasoning for Shaw wanting to play against Clemson is mostly because of his friendship with Clemson head coach Dabo Swinney. Shaw said he loved Swinney like he's family. The complete comments from Shaw are embedded below.

Both Clemson and Stanford are expected to be among the top programs this season. The Cardinal are one of the favorites to win the Pac-12 after posting a 12-2 record last season. Clemson went 14-1 last season, falling to Alabama in the National Championship game.

Shaw isn't too confident about Clemson and Stanford playing against each other in the regular season, but there's no doubt it would be an incredible matchup.